CMA CGM wins over shareholders to buy loss-making NOL for US$2.4 billion 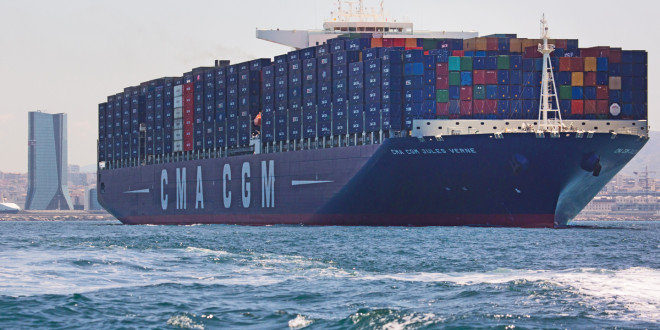 CMA CGM wins over shareholders to buy loss-making NOL for US$2.4 billion

The new CMA, which expects regulatory approval for its bid mid-year, would have a capacity of 2.3 million TEU, combined fleet of 563 ships, a market share of 11.5 per cent and annual revenues of $22 billion.

Shareholders have approved the takeover, including Singapore state investment company Temasek Holdings, which owns 67 per cent of NOL and its principal holding, its APL container shipping arm.

APL, formerly American President Lines, has a strong presence on intra-Asia and transpacific trades, while CMA CGM has a leading position in Asia-Europe routes, the companies said.

NOL has posted losses in five of the past six years. Said Drewry analyst Rahul Kapoor: "This is a very good price. Anything more than that would have been hard to get. CMA CGM is taking a calculated risk."

The deal is the largest for the container shipping industry since Maersk bought Royal P&O Nedlloyd NV for the equivalent of $2.96 billion in 2005. Germany's Hapag-Lloyd AG merged last year with CSAV and Beijing has been working Cosco and China Shipping Container Lines towards merger.

Neptune Orient and CMA CGM said they expect to gain regulatory approval for the deal by the middle of next year.

Once it's concluded, the French company plans to sell at least $1 billion worth of assets, said Bloomberg. CMA CGM will pay a $100 million fee if the transaction is terminated.

Founded in 1978, CMA CGM has about 469 vessels working more than 200 shipping lanes, and will set up its regional head office in Singapore. The French company's net income in the third quarter fell 75 per cent to $51 million, according to its website.

Neptune Orient posted its worst loss in six quarters for the July-to-September period, as efforts to raise rates failed during what's usually the peak period ahead of year-end holidays. In May, the Singapore-based company sold its APL Logistics arm to Kintetsu World Express Inc for $1.2 billion to raise cash.

NOL operated 89 vessels as of September 18. It has five container terminals in the US, Japan and Taiwan and has stakes in terminals in Vietnam, China and Thailand.

Said CMA CGM vice chairman Rodolphe Saade: "Leveraging the complementary strengths of both, CMA CGM will further reinforce its position as a leader in global shipping."