You may be aware that Taobao is a renowned online shopping website in China, like e-bay in the US, but would you ever imagine that you could purchase a cargo vessel, by way of judicial auction, on Taobao? 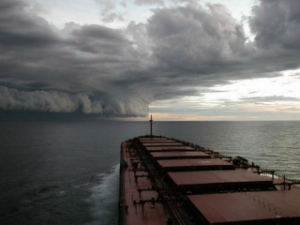 You may be aware that Taobao is a renowned online shopping website in China, like e-bay in the US, but would you ever imagine that you could purchase a cargo vessel, by way of judicial auction, on Taobao?
Following the sustained downturn of the Chinese shipbuilding market which has seen many buyers withdraw from shipbuilding contracts, and many shipyards suffer or collapse, it has become a very popular trend among Chinese courts to arrange the judicial sale of second-hand vessels (and hulls under construction) by way of auction.
Since nine of the ten maritime courts of China (excluding the Qingdao Maritime Court) have chosen Taobao as their first option for arranging the judicial auction of vessels, an increasing number of companies are aiming to make profit by acquiring ships via the site.

As we were recently involved in various judicial auctions for non-Chinese clients, we would like to share some tips on what a foreign client needs to know to successfully participate in an auction, and purchase a vessel on Taobao.
How to register as a bidder

Anyone can register as a bidder before the end of the auction, subject to the above restrictions.

A brief introduction to the standard auction rules

We set out a few key features from the standard auction rules, below; however, it should be noted that these may be varied by the different courts.

Transferring the title of the vessel by the Court

After receiving full payment of the auction price from the winning buyer, the Court will issue documents certifying the buyer’s title to the vessel. The buyer is required to issue an Auction Confirmation to the Court within 3 days after the end of the auction. After full payment of the auction price to the Court, the Court will issue an order declaring that the clean title of the vessel is transferred to the buyer without any encumbrance. There will be no taxes for obtaining the title of the vessel from the Court by means of judicial auction, but some customs duties may arise if the vessel is to be exported outside of China. If judicial auctions in China are an area of interest, and you would like to discuss any of the issues raised above, or if you are considering acquiring a vessel by means of judicial auction, please do not hesitate to get in touch with the authors who will be happy to assist you.