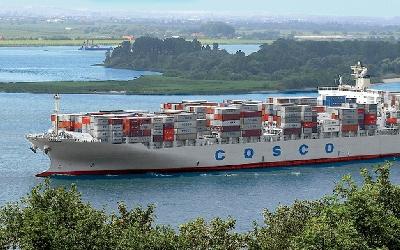 China Cosco profit fell 22pc to US$43.8 million, subsidy saves it from loss
CHINA Cosco net profit fell 22 per cent year on year to US$43.8 million in 2015, drawn on revenues of CNY57.4 billion, down 14 per cent.
While suffering revenue losses overall, container shipping sales were close to last year's at $3.6 billion.
In fact, China Cosco's container unit is said to have seen container volumes grow to 4.8 million TEU, a 6.8 per cent year-on-year increase, though revenue per box fell 1.7 per cent to $677.
China Cosco's bottom line was given a significant boost with CNY3.7 billion in government subsidies. Without those the company results would have recorded a loss.
These results are the Cosco's and CSCL's last under their old names. China’s state-owned Assets Supervision and Administration Commission announced approval in December for the reorganisation of China Ocean Shipping Group and China Shipping Group.
Under the new structure, China Cosco operates container ships and China Shipping is a leasing and financing company for vessels and boxes.