NEAR bankrupt Hyundai Merchant Marine (HMM) has issued a statement saying its restructuring plan lays the "foundation to drive HMM to become a sound company" from the second half of 2016. 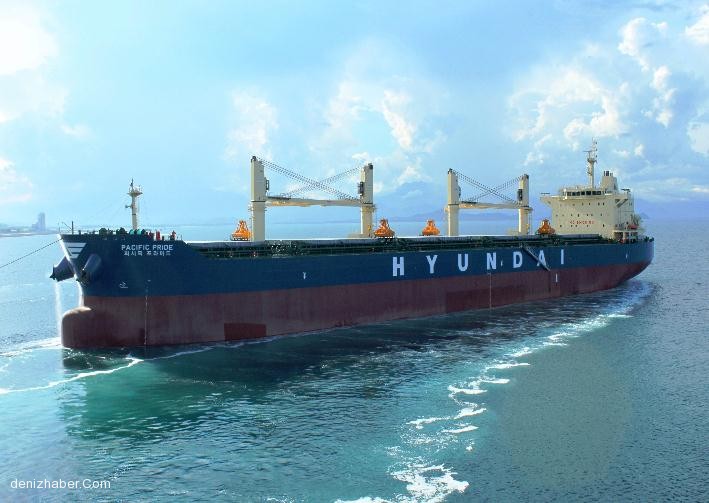 Troubled Hyundai Merchant Marine edges from brink, reports improvement
NEAR bankrupt Hyundai Merchant Marine (HMM) has issued a statement saying its restructuring plan lays the "foundation to drive HMM to become a sound company" from the second half of 2016.
HMM has now closed a US$100 million sale to H-Line of its dry bulk business, which transports iron ore, coal and steel products, reports American Shipper.
HMM also said it also completed an agreement to sell a 40 per cent interest plus one share in its Hyundai Pusan New Terminal to Singapore's PSA for KRW80 billion (US$70 million).
HMM also said it would announce a preferred bidder for the sale of Hyundai Securities this Friday, April 1, and that payment will be completed after July 2016 once the deal is closed.
It said KB Financial Group, Korea Investment Holdings and Hong Kong-based private equity fund AKTIS all submitted final bids for Hyundai Securities.
HMM has also signed an agreement with the Korean Development Bank (KDB) and other creditors on March 29 to restructure the firm's debt.
"The creditor banks are planning to establish a specific debt restructuring plan for HMM after a due diligence conducted by an external accounting firm. Due to it, the banks will spare three months for preparation and postpone the principal and interest of debts under agreement," HMM said.
"Originally, the creditor banks were planning to sign the voluntary agreement once HMM completes every stage of its restructuring plans," it said.
"However, they decided to take the agreement forward in order to actively support HMM's stabilisation as well as accelerating the charter cut negotiations and the restructuring of debts under non-agreement."
Despite the debt restructuring being voted down at a bondholders meeting held on March 17, HMM said it is planning to hold another meeting with all public bond holders.
Hyundai also said it expects negotiations to reduce charter costs with shipowners.
"Recently, HMM has made progress on its first round of charter cut negotiations with foreign shipowners. HMM is going to start the second round of meetings after discussing the terms, suggested by the shipowners regarding compensations, with KDB, and is expecting that the shipowners will agree on charter reduction."