Home ACCIDENTS Chief Engineer Rescued By His Own Ship After 14 Hours Overboard!

The chief engineer aboard the former seismic support vessel Silver Supporter had a very lucky break this week: he was pulled from the water after a 14-hour ordeal in the South Pacific. 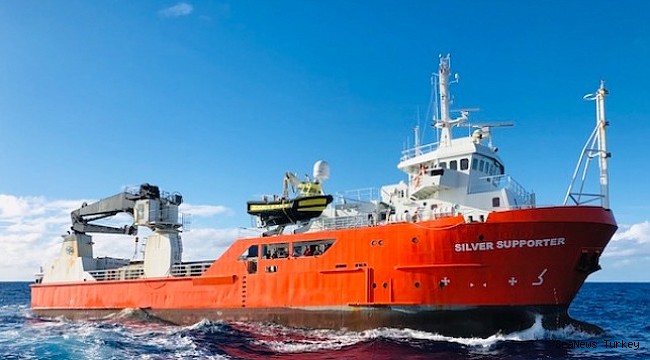 The engineer, a 52-year-old Lithuanian national, was working aboard the seismic vessel-turned-freighter on a voyage from New Zealand to remote Pitcairn Island. He was discovered missing on Tuesday morning, and the crew presumed he had gone overboard between 0400 and 0600.

At the time of his disappearance, the vessel was about 400 nm to the south of French Polynesia's Austral Islands. The Silver Supporter's crew reported the MOB incident to JRCC Tahiti, which issued a request for assistance to nearby merchant ships. France's meteorological agency, Meteo-France, provided drift calculations to estimate the man's potential movement from the last known position. In addition, the French Navy provided the support of two Gardian SAR aircraft out of Tahiti to conduct a search.

In the end, after a full day of searching, the survivor was found by his own vessel. The Silver Supporter doubled back along her earlier trackline, and she contacted JRCC Tahiti at about 1800 hours to report that her crew had located her chief engineer and retrieved him from the water. She then resumed her commercial voyage to Pitcairn.

"A happy outcome for the man and the entire crew of [Silver Supporter], a relief for all those who contributed," said the Haut-Commissariat de la République en Polynésie Française in a statement.