Predicting the oil price is a bit of a mug’s game. 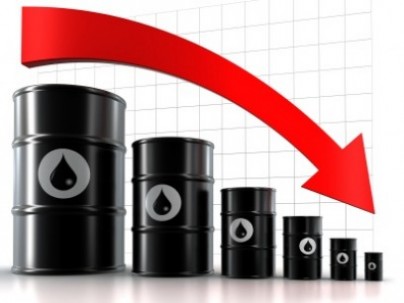 Predicting the oil price is a bit of a mug’s game.

There are simply too many variables involved to make any kind of meaningful, definitive forecast.

What we do know is that, despite a recent upturn, the price of oil has slumped almost 50% since last summer following the longest-running decline for 20 years.

And we know why – US shale oil, and to a lesser extent Libyan oil returning to the market, has pushed up supply while a slowdown in the Chinese and EU economies has reduced demand.

Add to the mix a strong US dollar making oil more expensive in real terms, pushing demand even lower, and you have a recipe for a plummeting oil price.

What happens next is a little harder to see.

With the booming US shale industry showing little signs of slowing, and growing concerns about the strength of the global economy, there are good reasons to suspect that the current slump in the oil price will continue for some time.

This is precisely when Opec, the cartel of major global oil producers, would normally step in to stabilise prices by cutting production. It has done so many times in the past, so often in fact that the market expects Opec to intervene.

This time it hasn’t. In a historic move at the end of last year, Opec said not only that it would not cut production from its 30 million barrels a day (mb/d) quota, but had no intention of doing so even if oil fell to $20 a barrel.

And this was no empty threat. Despite furious opposition from Venezuela, Iran and Algeria, Opec kingpin Saudi Arabia simply refused to bail out its more vulnerable cohorts – many Opec members need an oil price of $100 or more to balance their budgets, but with an estimated $900bn in reserves, Saudi can afford to play the waiting game.

Opec now supplies a little over 30% of the world’s oil, down from almost 50% in the 1970s, partly due to US shale producers flooding the market with almost 4 mb/d from a standing start 10 years ago.

“Given this scenario, who should be expected to cut production to put a floor under prices?” Opec argued last month.

Equally, Saudi is not prepared to sacrifice more market share while its competitors, not least US shale oil producers, prosper. Safe in the knowledge that it can withstand very low oil prices for the best part of a decade, it would rather stand back and, as Philip Whittaker at Boston Consulting Group says, “let economics do the work”.

The implications of Opec’s decision, therefore, go way beyond sending the oil price crashing even further.

“We have entered a new chapter in the history of the oil market, which is now starting to operate like any non-cartel commodity market,” says Stuart Elliott at energy specialist Platts.

The fallout has been immediate in many parts of the industry, and promises to wreak further havoc in the coming months and, quite possibly, years.

Without Opec artificially supporting the oil price, and with potentially weaker demand due to sluggish global economic growth, the oil price is likely to remain below $100 for years to come.

The futures market suggests the price will recover slowly to hit about $70 by 2019, while most experts forecast a range of $40-$80 for the next few years. Anything more precise is futile.

At these kinds of prices, a great many oil wells become uneconomic. First at risk are those developing hard to access reserves, such as deepwater wells. Arctic oil, for example, does not work at less than $100 a barrel, says Brendan Cronin at Poyry Managing Consultants, so any plans for polar drilling are likely to be shelved for the foreseeable future.

North Sea oil production is also at serious risk, certainly in terms of new wells that need an oil price of about $70-$80 to justify drilling. Indeed in a recent interview with Platts, the head of Oil & Gas UK said at $50, North Sea oil production could fall by 20%, dealing a hammer blow not just to the companies involved but to the Scottish economy as a whole.

Exploration into unproven reserves in regions such as Southern and West Africa will also grind to a halt.

Questions are also being asked about fracking. Costs vary a great deal, but research by Scotiabank suggests the average breakeven price for US shale producers is about $60. At the same price, energy research group Wood Mackenzie estimates that investment in new wells would halve, wiping out production growth.

Oil majors are already suffering, having announced tens of billions of dollars of cuts in exploration spending. But while the share prices of BP, Total and Chevron are all down about 15% since last summer, the majors have the resources to see out a sustained period of low oil prices.

There are hundreds of other much smaller oil groups across the world with a far more uncertain future, not least in the US. Shale companies there have borrowed $160bn in the past five years, all predicated on selling oil at a higher price than we have today. Banks’ patience can only be tested so far.

Oilfield services companies are also “feeling severe pain”, according to Mr Whittaker, with share prices in the sector down an average 30%-50%. Last month, US giant Schlumberger announced 9,000 job cuts, some 8% of its entire workforce.

But it’s not just oil companies that are being hit by lower oil prices – the renewables sector is suffering as well.

In the Middle East and parts of Central and South America, oil is in direct competition with renewables to generate electricity, so solar power in particular will suffer at the hands of cheap oil.

Elsewhere, falling oil prices are helping drive down the price of gas, the direct rival of renewables. Subsidies, therefore, may have to rise to compensate.

Indeed lower oil and gas prices undermine a fundamental economic argument propounded by many governments to support renewables – that fossil fuels will continue to rise in price.

The impact is already being felt – shares in Vestas, the world’s largest wind turbine manufacturer, are down 15% since the summer, while those in Chinese solar panel giant JA Solar have slumped 20%.

Lower oil prices are also a grave concern for electric carmakers, with sales of hybrids in the US falling while those of gas-guzzling SUVs surge.‘Profound impact’

The knock-on effects within the energy industry of a sustained period of lower oil prices are, then, both widespread and profound.

As a direct result of lower prices, exploration and production will be curtailed, and while it may take a number of years to filter through, supply will fall and prices will rise. After all, while there may be hundreds of new small suppliers entering the fray, there are still too few big players controlling oil supply for a truly free market to develop.

But real change is on the way. There is a growing realisation that fossil fuels need to be left in the ground if the world is to meet climate change targets and avoid dangerous levels of global warming.

Against this backdrop, it is only a matter of time before a meaningful carbon price – hitting polluters for emitting CO2 – is introduced, a price that will have a profound impact on the global oil market.

Equally, for the first time oil is facing a genuine competitor in the transport sector, which currently accounts for more than half of all oil consumption. Electric vehicles may be a niche market now, but as battery technology in particular advances, they will move inexorably into the mainstream, significantly reducing demand for oil.

The oil market is undergoing significant transformation, but more fundamental change is on the horizon.