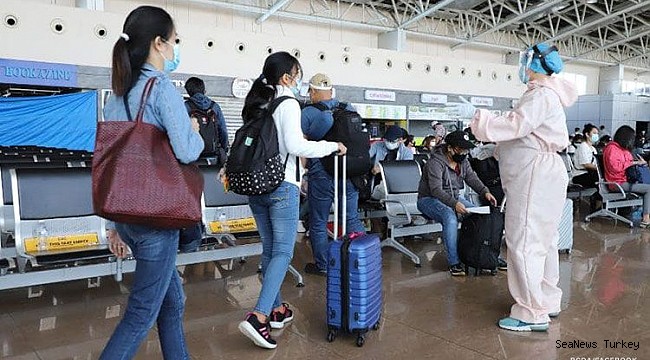 The Department of Foreign Affairs is working to bring home 127 seafarers stuck on ships abroad due to the COVID-19 pandemic, according to Undersecretary Brigido Dulay.

Dulay on Friday said the department has already sent a note verbale to foreign governments, requesting that they allow stranded Filipinos to dock at their ports, so repatriation may be arranged. Several countries are still banning ships from docking, as they close their borders to prevent the spread of the coronavirus.

He also noted that some nations still have limited or no international flights, which proves as an additional challenge in bringing home overseas Filipino workers.

[Translation: The seafarers’ situation is different. They’re at seas, unlike land-based workers who are easier to gather in one place.]

Based on DFA data, over 175,000 OFWs have been repatriated amid the health crisis. Nearly 62,000 of this number are sea-based workers.

Meanwhile, Dulay assured families of stranded seafarers that the DFA and the Labor Department are already coordinating with concerned agencies to ensure the return of their loved ones. He added that Foreign Affairs chief Teodoro Locsin Jr. has ordered embassies to work round the clock to speed up repatriation.

Earlier, President Rodrigo Duterte directed the DFA to identify and help stranded Filipino nationals at seas, saying they “should not be left behind to rot.”

This new technology can save whales from ship collisions