THE resource rush by the northern nations for greater control of the Arctic seabed bordering Russia, Norway, Canada and Alaska may well be premature 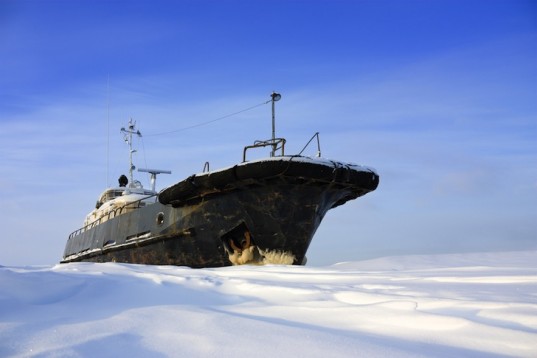 THE resource rush by the northern nations for greater control of the Arctic seabed bordering Russia, Norway, Canada and Alaska may well be premature, says an account in New York's Maritime Advocate entitled: "Cold Rush: Arctic Myths And Misconceptions."

"The challenges of using and exploiting the waterway remain formidable and the scramble for the Arctic is over hyped," said the Maritime Advocate introducing an assessment by geographer Clive Schofield, of University of Wollongong, Australia.

"Uncertainties and potential delays regarding passages through Arctic sea lanes lead to highly variable transit times and unreliable shipment scheduling. This represents a major disincentive to the use of these sea lanes for container traffic, which tends to rely on just-in-time delivery," said Prof Scholfield.

"Even if the Arctic seabed does contain globally significant hydrocarbon resource potential, enormous challenges to exploring for, exploiting, and transporting these resources remain.

"Despite summer warming and melting, ice cover and extreme low temperatures will remain the norm in the Arctic for much of the year," Prof Schofield said.

"Conventional wisdom suggests that as the Arctic warms, so sea ice coverage will be reduced and thus the seasonal Arctic navigational 'window' will expand. This has stirred long-dormant dreams of the opening the Northwest Passage and the Northern Sea Route," he said.

But Prof Scholfield warned northern voyages not single passages but a series of routes, likely to change by local ice conditions at the time of sailing. Safer, more reliable southerly routes are shallow and not suitable for large ships.

"The longer, higher-latitude and therefore more ice-prone route is preferable to the lower-latitude, near-shore coastal route, which involves traversing a series of shallow straits," he said.

A number of factors suggest a radical transformation in international trade routes is not on the immediate horizon. The first and most obvious is that while the waterway - or waterways - may be ice-free at the end of the Arctic summer, the navigation window is narrow.

"In recent years the Arctic sailing season has been of the order of six to eight weeks. There are indications, though, that this navigational window is widening. For example, in 2011, the Northern Sea Route opened from early July to mid-November.

"Ice and weather conditions can still be adverse even in a relatively ice-free summer, wind-blown ice may impede and delay navigation," he said.

The recent collapse in the price of natural gas in North America as shale gas has become available will mean that exploitation of a large portion of Arctic seabed resources unlikely in the near-term, he said.

"However, as a result of the difficulties of gathering data in the Arctic, the USGS findings were based on a 'probabilistic' analytical methodology, and are therefore, uncertain," Prof Scholfield said.