UNITED States importers are rapidly moving more containers through Port Metro Vancouver and to Chicago and the upper Midwest, dealing another blow to the ports of Seattle and Tacoma. 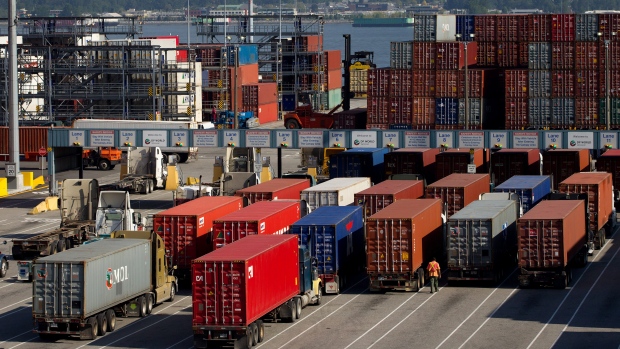 UNITED States importers are rapidly moving more containers through Port Metro Vancouver and to Chicago and the upper Midwest, dealing another blow to the ports of Seattle and Tacoma.

According to a study of US west coast port volumes by UK-based firm Ocean Shipping Consultants, Vancouver has joined Prince Rupert as a major competitor to the Puget Sound ports of Tacoma and Seattle for US imports.

The share of Vancouver's containerised imports moving to the US expanded from 7.5 per cent in 2008 to 22.9 per cent in 2013, according to Newark's Journal of Commerce.

In the first quarter, Vancouver increased its share of total west coast container volume, both imports and exports, by two percentage points to 13 per cent compared to the same period a year ago. A 15 per cent year-on-year increase in traffic to 735,000 TEU fuelled the market share gain.

Tacoma and Seattle held onto their market share of 11 per cent in the first quarter, as volume inched up one per cent to 631,000 TEU compared to the same period in 2014.

The Vancouver cargo surge reflects diverted cargo from US west coast ports from recent labour disruptions during the contract negotiations between the International Longshore and Warehouse Union (ILWU) and the Pacific Maritime Association (PMA).

Despite this stabilisation, Seattle-Tacoma has lost three per cent of its market share to its Canadian competitors in the first quarter on a year-on-year basis.

Prince Rupert's Fairview container terminal opened in late 2007 and its share of total regional container volume picked up last year and has levelled off at seven per cent, although the port announced in April that it will build a second berth at the Fairview terminal that will increase total capacity to one million TEU a year.

According to Ocean Shipping Consultants, if Vancouver is going to increase its market share in the US, it will rely heavily upon the Canadian National and Canadian Pacific railways, both of which serve the port. "The business is almost entirely rail driven," said the report's authors, Andy Penfold and Dean Davison.