Vallarpadam box shop once a 'gamechanger,' now the sad sack

INDIA's International Container Transshipment Terminal (ICTT) at Vallarpadam is underperforming despite being in its fifth year of operation. 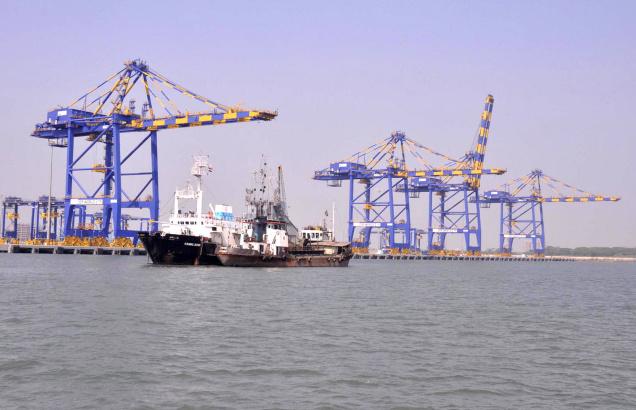 Vallarpadam box shop once a 'gamechanger,' now the sad sack

INDIA's International Container Transshipment Terminal (ICTT) at Vallarpadam is underperforming despite being in its fifth year of operation.

When it opened in 2011, ICTT had been billed as India's "maritime game changer." Then Prime Minister Manmohan Singh said it would beat its rivals in Colombo and Salalah where the bulk of the business still goes today.

Over the last four years the terminal has never performed to its full capacity of one million TEU containers, reported Chennai's New Indian Express.

"This means that the growth in cargo in four years is just 30,000 TEU and we spent INR300 billion (US$4.8 billion) for just 30,000 TEU," said labour union representative at Cochin Port Trust PM Mohammed Hanif.

The best performance that it could put forth so far is this year's figure of 34,000 TEU. However, it can be recalled that the former Rajiv Gandhi container terminal handled 31,400 TEU annually before it was integrated and migrated to ICTT.

The port trust is spending INR16.2 billion annually for maintaining the channel to ICTT and the average income from the terminal is just INR5 billion. As a result of this huge expenditure Cochin port trust is struggling for existence, despite delivering a better performance.