Use of LNG protested by painting "Climate Killer" on FSRU!

To draw attention to their campaign to stop the use of fossil gas, Greenpeace Middle East Europe activists have written “Climate Killer” on the hull of the new floating LNG storage and gasification unit (FSRU) named LNG CROATIA, which was recently put into service in Croatia.

To draw attention to their campaign to stop the use of fossil gas, Greenpeace Middle East Europe activists have written “Climate Killer” on the hull of the new floating LNG storage and gasification unit (FSRU) named LNG CROATIA, which was recently put into service in Croatia.

The protest came as part of a tour of the Adriatic by Greenpeace’s ship the Arctic Sunrise to promote efforts to stop the growing use of LNG and a petition that calls for a ban on all fossil fuel advertising. At the beginning of the month, Greenpeace activists also blockaded Europe’s largest oil refinery complex displaying ads to highlight the campaign.

The protest took place at the recently opened liquefied gas terminal on the island of Krk in Croatia. The new floating storage and regasification unit is part of the Croatian government's plans to further expand its fossil gas infrastructure. Greenpeace says that the protest was designed to highlight that fossil gas is a false solution to reduce emissions and that dependency on gas is detrimental to the climate, EU economies, and households.

“The fossil fuel industry tells us that fossil gas is a safe solution for the climate. This is a lie. Gas is fueling the climate crisis just like coal and oil. The fossil gas industry promotes false solutions and uses their propaganda to distract and mislead the public with a clear aim to delay a green and just transition. We’re here today to lift the veil on an industry that has ‘climate killer’ written all over it and call for the move away from fossil gas,” said Joanna Flisowska, European gas campaigner at Greenpeace CEE.

The protestors cited studies that linked the fossil gas supply chain with methane emissions. They contended that the gas infrastructure all over Europe is often leaking methane and specifically said that the gas rigs in the Croatian Adriatic are largely outdated and unreliable. “One of them even collapsed last year, and has been left on the seafloor after going missing for five days,” said Greenpeace. 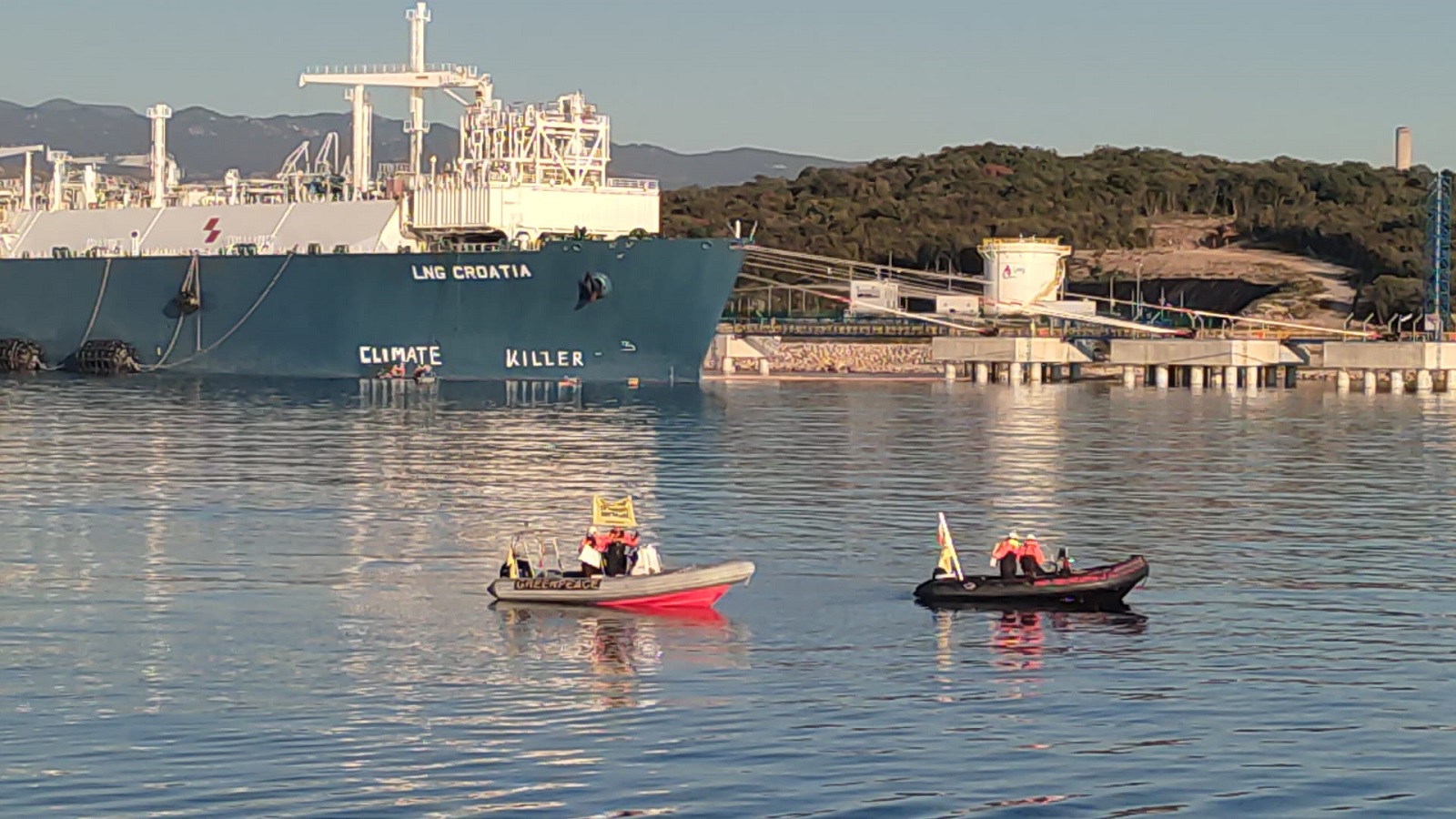 The new facility in Croatia was targeted according to Greenpeace because it was almost entirely financed by the EU and state funding. The project cost nearly $275 million. Greenpeace said that the Croatian government is also seeking additional funding to further expand its gas infrastructure.

“Public money must stop being thrown down the drain to fund new fossil gas infrastructure,” said Flisowska. “All the new investments need to focus on renewables, energy efficiency, and storage solutions.”

Norwegian Shipowner Sentenced to Prison for Demolition Sale!
These news may also interest you