THE St Lawrence Seaway opened two weeks earlier for its summer navigation season and US ports along the shared waterway with Canada, took advantage of the warm weather to move cargo early. 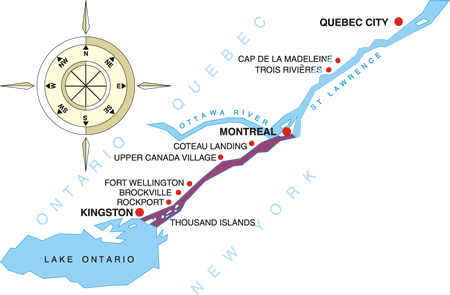 US St Lawrence Seaway ports kick off with cargo up as season opens
THE St Lawrence Seaway opened two weeks earlier for its summer navigation season and US ports along the shared waterway with Canada, took advantage of the warm weather to move cargo early.
American dry bulk was up nearly five per cent with salt up 25 per cent, potash up 35 per cent and gypsum up 108 per cent.
Iron ore was down nine per cent; coal down one per cent. While steel products were down 23 per cent, other general cargo was up 113 per cent.
"During the first nine weeks of the 2016 navigation season, ships arrived from 30 countries and delivered high value cargo that supported a wide range of manufacturing," said US Saint Lawrence Seaway Development Corporation administrator Betty Sutton.
Said Duluth Seaway Port Authority executive director Vanta Coda: "The array of salties [ocean-going ships] at our Clure Terminal this spring reflects the versatility and vitality of the Great Lakes-Seaway System
"We've already handled heavy-lift oil and gas refinery equipment for a project in Montana; a load of kaolin clay from Brazil to supply Minnesota paper mills; and a shipment of 62-metre (203-foot) wind turbine blades for a wind energy project in Iowa," he said.
Said Indiana-Burns Harbour director Rick Heimann: "May was a busy month with 15 international ships. Shipments included European beer fermentation tanks as well as organic corn and soybeans to be used for specialty animal feeds in US farms.
"Since 2014, the port has handled over 80 beer tanks for craft breweries around the Midwest with most of those going to Lagunitas Brewing Company in Chicago," said Mr Heimann, whose port is at the bottom of Lake Michigan, 30 miles from Chicago.
Said Milwaukee port vice president Paul Vornholt: "Steel has arrived at a steady pace for regional manufacturers, matching last year's strong volumes. The first part of the 2016 shipping season has also brought steady saltie traffic to the largest grain silos at the Port."
Said Cleveland port vice president David Gutheil: "The Port of Cleveland is currently lagging slightly behind 2015 tonnage numbers at the start of our season for our traditional non-containerised steel business line. "
"We are optimistic that our numbers will increase moving into the summer months and that the growth we have experienced since 2009 will continue. The Cleveland-Europe Express continues to attract new customers, as evidenced by our recent partnership announcement with Lubrizol for export container business to Europe.
The St Lawrence Seaway reported that year-to-date cargo shipments for the period March 21 to May 31 were 6.5 tonnes, down 4.15 per cent over the same period in 2015.