THE US had dispatched the carrier USS Theodore Roosevelt, with a cruiser escort from The Mediterranean to the Gulf of Aden, reports maritime security contractor MAST in its Weekly Update newsletter. 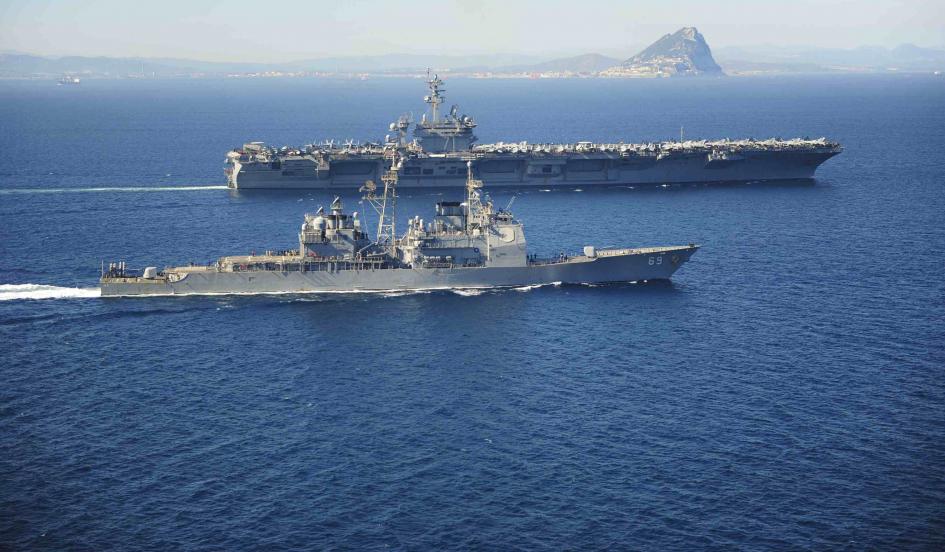 THE US had dispatched the carrier USS Theodore Roosevelt, with a cruiser escort from The Mediterranean to the Gulf of Aden, reports maritime security contractor MAST in its Weekly Update newsletter.

The Saudis, Egyptians and Iranians have sent warships into the area. Cargo ships have been entering Yemeni ports, but face delays in getting permission from the Saudi coalition forces, said MAST.

They also must endure a thorough arms searches before docking. Shipping safety is also a concern alongside with fears of air strikes and offshore bombardment, which are likely to disrupt operations.

The Maritime Zones referred to in a message from the Saudi coalition still have not been clarified, but the shipowners group, the Baltic and International Maritime Council (BIMCO), advises all ships to stay outside Yemeni waters unless required for port operations or transit through to the Red Sea.

"Carrier strike groups are key to the US dominance of the world's oceans. They are based on an aircraft carrier, a group of surface combatants as protection and an air wing of up to 80 strike aircraft," said the MAST newsletter.

GAC Hot Port News reports the ports of Hodeidah, Saleef, Mokha and Ras Isa port (loading port for crude oil) are still operating normally with the level of security in the hinterland. All discharging operations are going well without any disruption.

MAST chief operations officer Gerry Northwood said: "Aden is still not under Houthi control and it is clear that the naval blockade of ports is also taking effect, with severe fuel shortages in Aden and parts of Sanaa. Food supplies are also running low as Yemen imports 90 per cent of its foodstuffs, making it particularly vulnerable to naval siege tactics."

Landside, a Yemeni general in command of the northern territories along the Saudi border has allied himself to ousted President Hadi and the Saudi coalition. Fighting has broken out in Taiz between the Houthi rebels, local militia and parts of the Yemeni Army.

"General Saleh, the former president, appears to be losing control of the army who have historically always backed him. A total of five army units have now switched allegiances," said the newsletter.

Yemeni militiamen, united by tribal loyalties, have taken the Ash Shihr Oil Terminal and the associated oil fields to the north without bloodshed from Yemeni military control. The tribesmen in Ash Shihr are thought to include former Al-Qaeda in the Arabian Peninsula (AQAP) members.