THE US Army Corps of Engineers has recommended that Charleston Harbour be dredged to 52 feet (16 metres), reports the American Journal of Transportation. 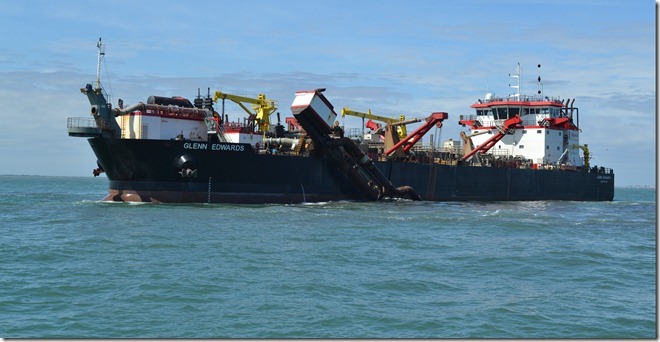 THE US Army Corps of Engineers has recommended that Charleston Harbour be dredged to 52 feet (16 metres), reports the American Journal of Transportation.

The release of the Draft Integrated Feasibility Report and Environmental Impact Statement for the Post-45 Harbour Deepening project is a jump over major hurdle in the approval process.

"Completion of our harbour deepening project to 52 feet ensures that SCPA will continue to grow above the market average and remain a top 10 port," he said.

Launched in 2011, the federal deepening project will expand the Port of Charleston's ability to handle the postpanamax vessels dominating the ocean carrier industry.

With the opening of the expanded Panama Canal in 2016, postpanamax vessels are expected to call at east coast ports. Charleston has seven weekly postpanamax calls, but with tidal restrictions.

US container trade is expected to be export-dominant by 2020, and export containers weigh three tons more than import boxes.

The strong manufacturing presence in South Carolina and throughout the Southeast drives increased exports and the need for harbour depth to accommodate fully-loaded postpanamax vessels.

Said SCPA chairman Bill Stern: "We are fortunate for the vision of our General Assembly that set aside the state's share of construction costs. Our Congressional delegation members are among the strongest advocates of our port system."