Arvin Shipping appears in the Equasis records as the owner of the ship. There are no other ships in the shipowner's fleet. 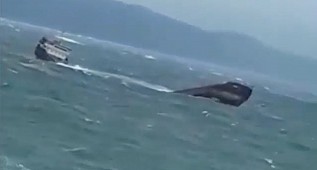 İLGİLİ VİDEO
Video footage of  M/V Arvin braking in two
It was learned that the ship named M / V Arvin is 114 meters long and is carrying the PALAU Flag. It is reported that the ship, built in 1975, is not capable of withstanding this storm.  Ship Shipowner Ukraine Based
Arvin Shipping appears in the Equasis records as the owner of the ship. There are no other ships in the shipowner's fleet.

VALİ GÜNER: KNOWLEDGE THAT THERE ARE 15 PEOPLE ON THE SHIP

"We will send all ships in Bartın Port to the region for rescue work. "There is no news of death right now," he said. Governor Sinan Güner stated that the ship was a Russian-flagged dry cargo ship, 15 people survived by getting on 3 lifeboats, but due to bad weather conditions, the lifeboats were dragged and stated that there is no loss of life at the moment.

THE RESCUE BOATS ARE TRYING TO REACH

Güner said about the rescue efforts, “The dry cargo ship sunk due to bad weather conditions. We know that it has 10-15 crew members. They sailed by wearing lifeboats and life jackets. We have now started recovery efforts with these possibilities. The waves are very high in the sea, the weather conditions are very bad. Coast Guard's boat is trying to reach. In very difficult conditions, that is, the wavelength of the sea is higher than the length of the boat. A ship belonging to the Naval Forces departed from Ereğli. We also requested a helicopter from Samsun if there is a flight opportunity. Currently, lifeboats can be seen in the vicinity of Güzelcehisar at 600-700 meters offshore. "Our submarine divers team will try to reach this 600-700 meters if the lifeboats can sail their boats, and the Navy and the Coast Guard are trying to reach it from the sea."

It was learned that the crew of the sinking ship got on the lifeboats and 3 people were rescued by the Coast Guard boat crews who reached the area after the lifeboats were dragged to Güzelcehisar due to strong wind.

In the statement made by the Coast Guard's Western Black Sea Group Command Operation Center, it was stated that the sinking ship was a Palau flagged cargo ship named "ARVİN", "It has been learned that the ship's personnel are at sea with lifeboats and detailed information will be given when the crews arrive at the scene." expression was used.

Statement from the Turkish Ministry of Transportation and Infrastructure

The Ministry of Transport and Infrastructure made a statement about the dry cargo ship "Arvin", which sank off the Bartın İnkumu. The Ministry of Transport and Infrastructure gave the following statements in a written statement about the dry cargo ship named 'Arvin' that sunk off the Bartın Inkumu: “On 17.01.2021, at 12:35 pm, the research conducted by the Ministry of Transport and Infrastructure based on the distress signal received from the Satellite Assisted Search and Rescue System (Cospas-Sarsat system), it was found that the Palau flagged Arvin ship was sunk, and the Ministry of Transport and Infrastructure Main Search and Rescue Coordination Center Search and rescue elements were immediately dispatched to the region. Due to adverse weather conditions, the ship anchored in the administrative area of ​​our Bartın Port Authority on 15.01.2020, broke and sank in the area where it was anchored at 12.35 hours on 17.01.2020. After the accident, the Main Search and Rescue Coordination Center contacted the company officials in Ukraine, who were determined to be the operator of the ship, and the information received from the company official was that 12 personnel were on board. In the ongoing search and rescue operations in the region for the Arvin ship, which went to the Burgas port of Bulgaria, 6 people out of a total of 12 personnel have been rescued alive and the dead bodies of 2 people have been reached. Search and rescue efforts are continuing in the region, and efforts are underway to rescue other ship's personnel. "

The cargo was UREA

According to the information obtained from the shipowner, the Arvin ship, which had 12 crew members, 2 of whom were Russian and 10 of whom were Ukrainian, was carrying 2902 tons of solid bulk urea cargo included in the International Solid Bulk Cargo Code (IMSBC Code) and not classified as dangerous cargo. 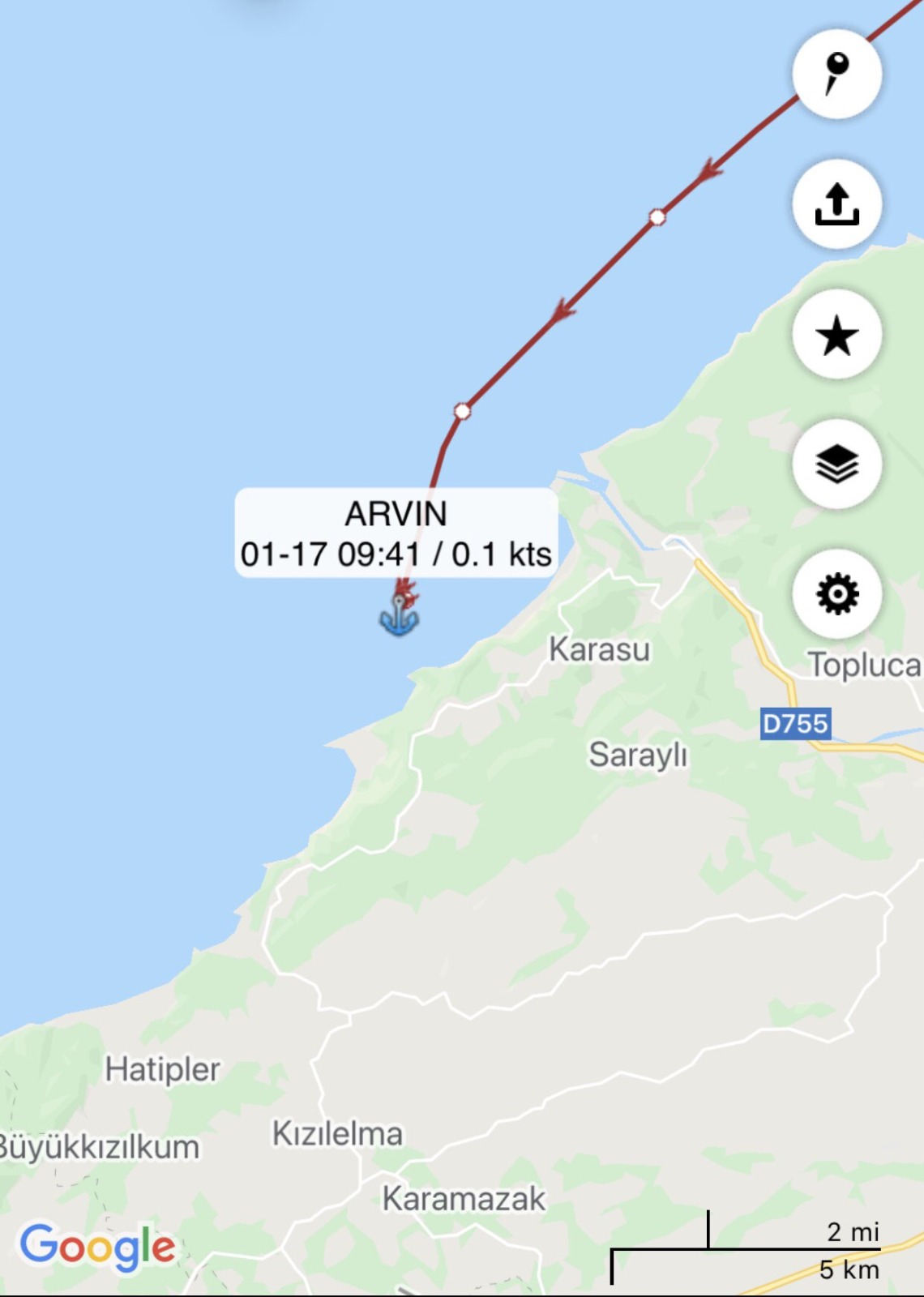 Bartın Governor Sinan Güner made a statement to reporters about the ship that sank off Bartın in the evening time. .

Governor Sinan Güner made the following statements in his statements:

"The boat under our group command has fulfilled its mission by showing a great example of courage in these weather conditions. It has performed search and rescue activities by sailing under these difficult conditions, where nobody can sail. The ship is a cargo ship with the flag of Palau. He took shelter in Bartın harbor due to bad weather conditions. As soon as we heard about this, we mobilized all the possibilities from the land and sea. The biggest obstacle for us is a blizzard and a wave in the sea exceeding the length of the breakwater. Despite this wave and bad weather conditions, the Coast Guard Command showed great devotion. We took 6 crew members alive to this boat. Unfortunately, two of the other 6 crew members were seen at sea, but the boat did not dock. The other four crew members are also reported motionless in the rocky area, according to eyewitnesses. We are trying to reach them as well. It is impossible to reach by road. Our diver team has a special undersea rescue team. He's trying to get here by diving. Our assessment is 6 right, 6 death. But the studies are not completed yet. Since it has not been concluded, we will not be able to make a definite judgment on this issue. 6 of them were rescued. Coast Guard Command helicopter departed from Samsun. It will continue with transfer from Sinop. If he can fly over the sea, he has various rescue methods. They will be tried. TCG Fatih Ship affiliated to the Naval Forces Command is on the way. If he can make a contribution, it will continue. This is our last situation. Sea conditions are very difficult. The length of the wave was higher than that of that boat. We were really in contact with the coast guard command and our Minister of Interior. The ship is not moving. Sheltered. I cannot give very technical information about maritime terms and concepts about this ship, but it sinks where it is due to bad weather conditions. Off the ink. We have ended the search and rescue efforts at sea. There is no possibility of any watercraft to work. I just visited the staff on the boat. We have a staff member who suffers from a finger injury or injury due to hypothermia. " 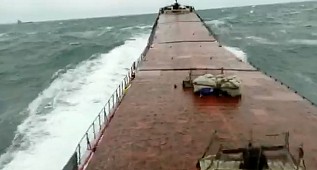 The search and rescue efforts for the 5 lost crew of the Palau dry cargo ship "Arvin", which went down due to the storm yesterday off Bartın's Inkumu, continues on land due to adverse weather conditions.

Palau-flagged 'Arvin' dry cargo ship, which was on her way to Bulgaria with a load of 2902 tons of fertilizer from Poti Port of Georgia, sank yesterday at 12.30 am, after anchoring 200 meters off the Bartın İnkumu coast due to the storm, it was divided into two.

While some of the 12 crew members on the ship, 2 of them Russian and 10 of them Ukrainian citizens, managed to get on the lifeboat, some tried to escape by jumping into the sea with life jackets. Despite all the difficulties, 6 of the crew of the ship, which drifted due to the storm and the violent wave, were rescued by the Bartın Coast Guard Command teams. While the body of a crew was reached within the scope of search and rescue efforts, 2 crew members whose bodies were seen at sea could not be taken to the boat due to adverse weather conditions.

While the work starts again from the morning hours to find the bodies of the 5 crew members, work continues from the land due to the ongoing storm. On the other hand, while the ship was sinking, one of the lifeboats on which the crew got on landed on the rocky parts as a result of strong waves, while the struggle of the crew in the other lifeboat and the sea between the waves was recorded by the citizens.

"The Ambassador visited the crew under treatment"

On the other hand, the treatment of 6 crew members rescued by Bartın Coast Guard Command continues at Bartın State Hospital.

Ukraine's Ambassador to Ankara, Andrii Sybiha, who came to Bartın after the incident, went to the hospital and chatted with the crew after receiving information about their health from the Ukrainian crew under treatment. Ambassador Sybiha thanked the NCO and his team at the Coast Guard Command, whose crew dismissed their lives despite the harsh weather conditions, and thanked the Turkish authorities. 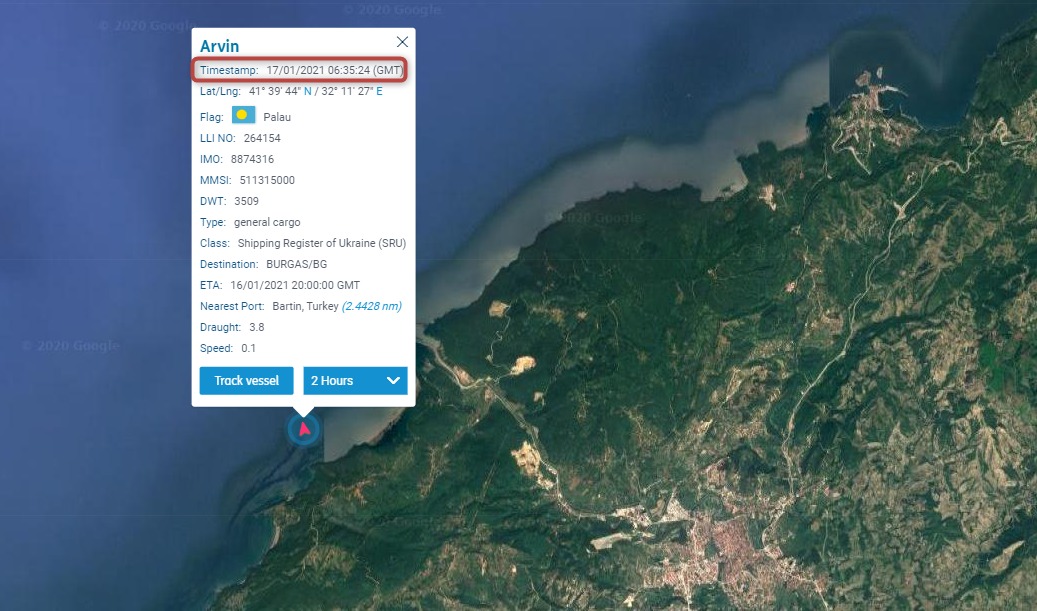 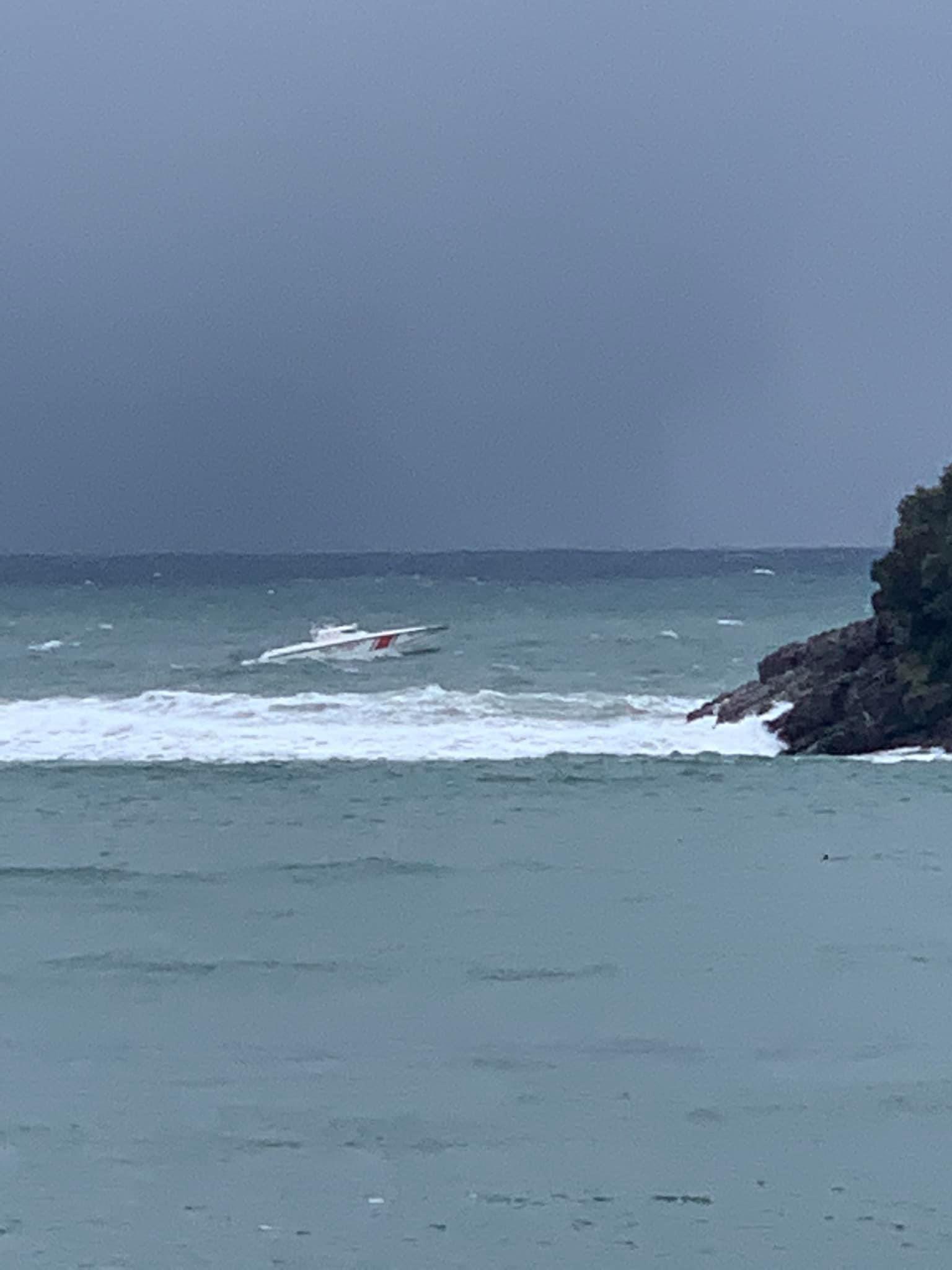 PHOTO: The Turkish Coast Guard patrol boat in search for missing near the rocks after accident of M/V Arvin 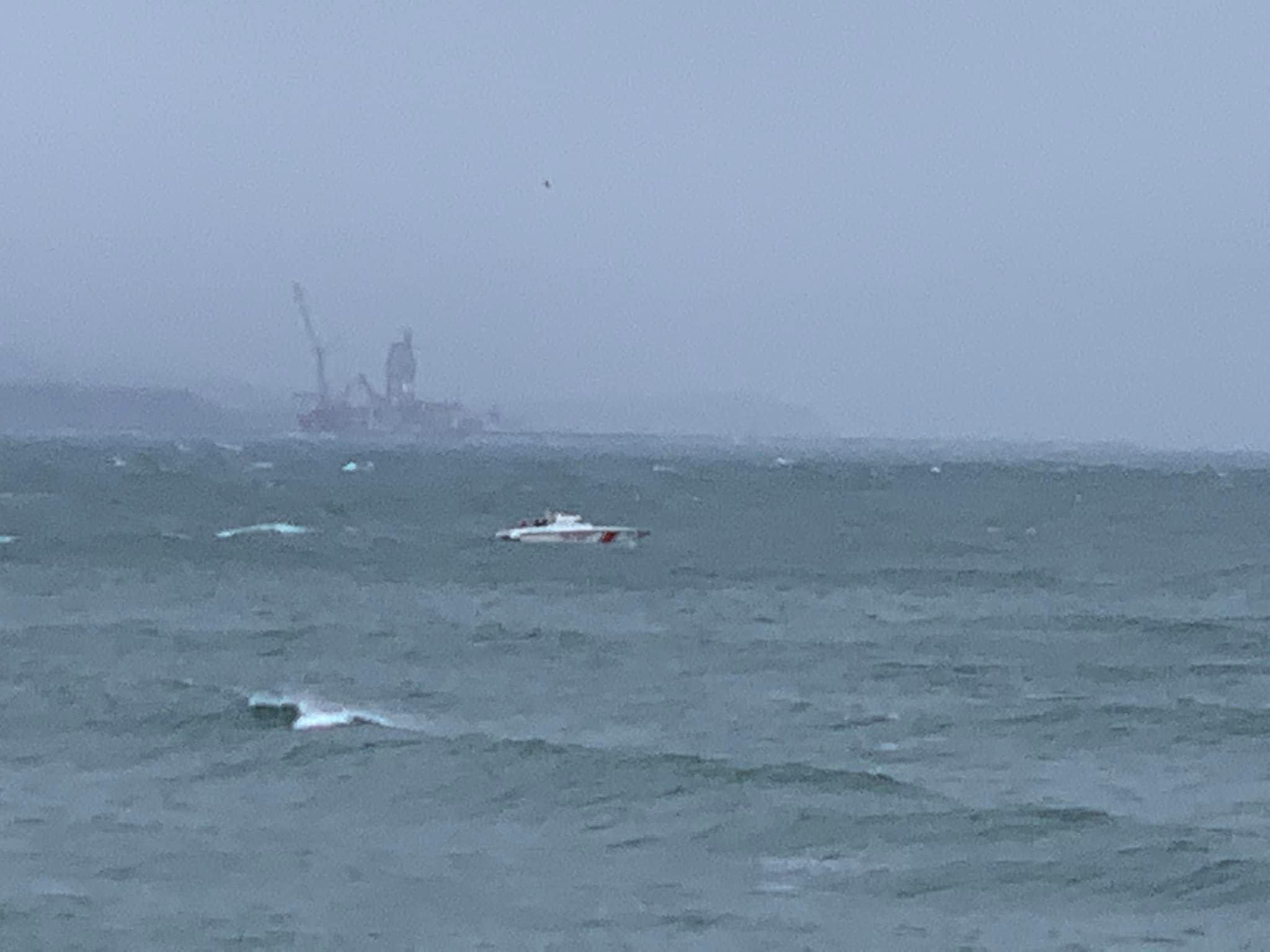 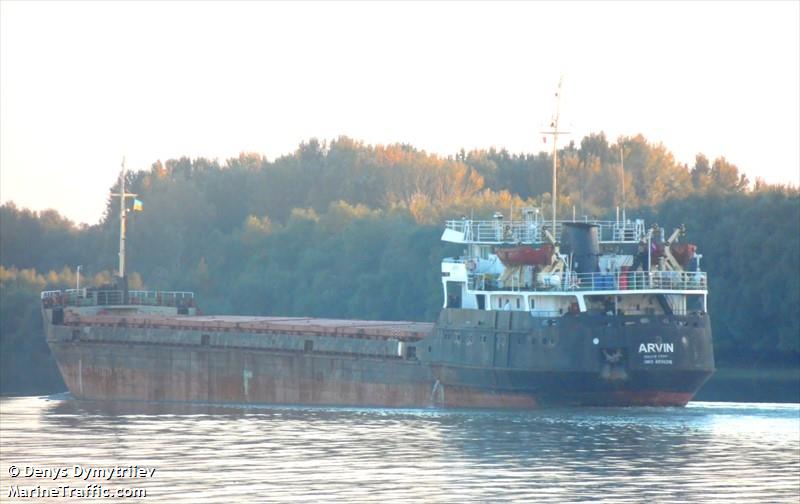 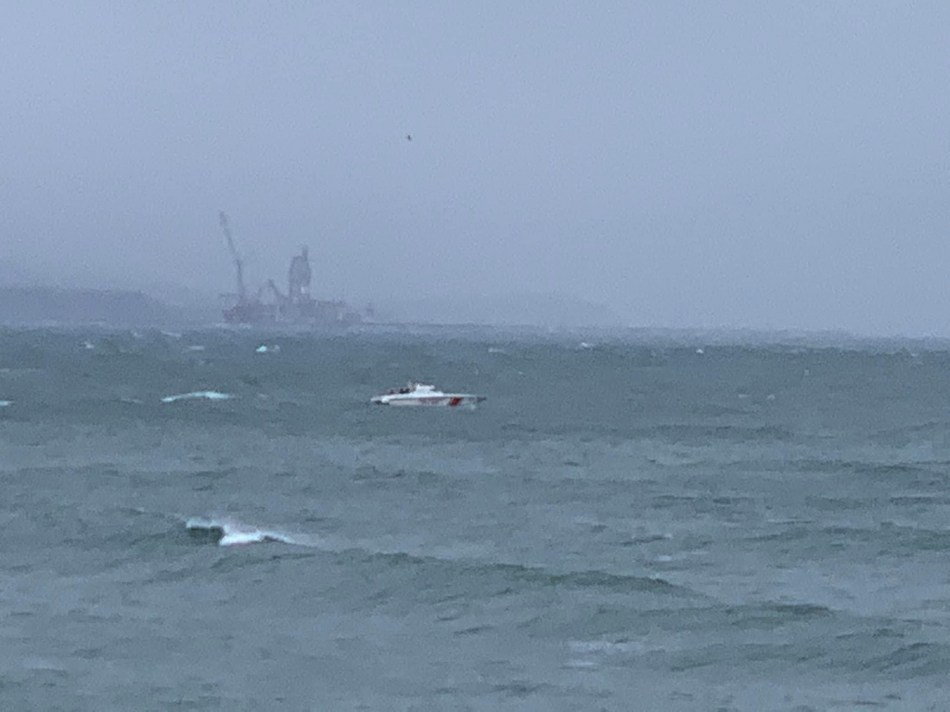 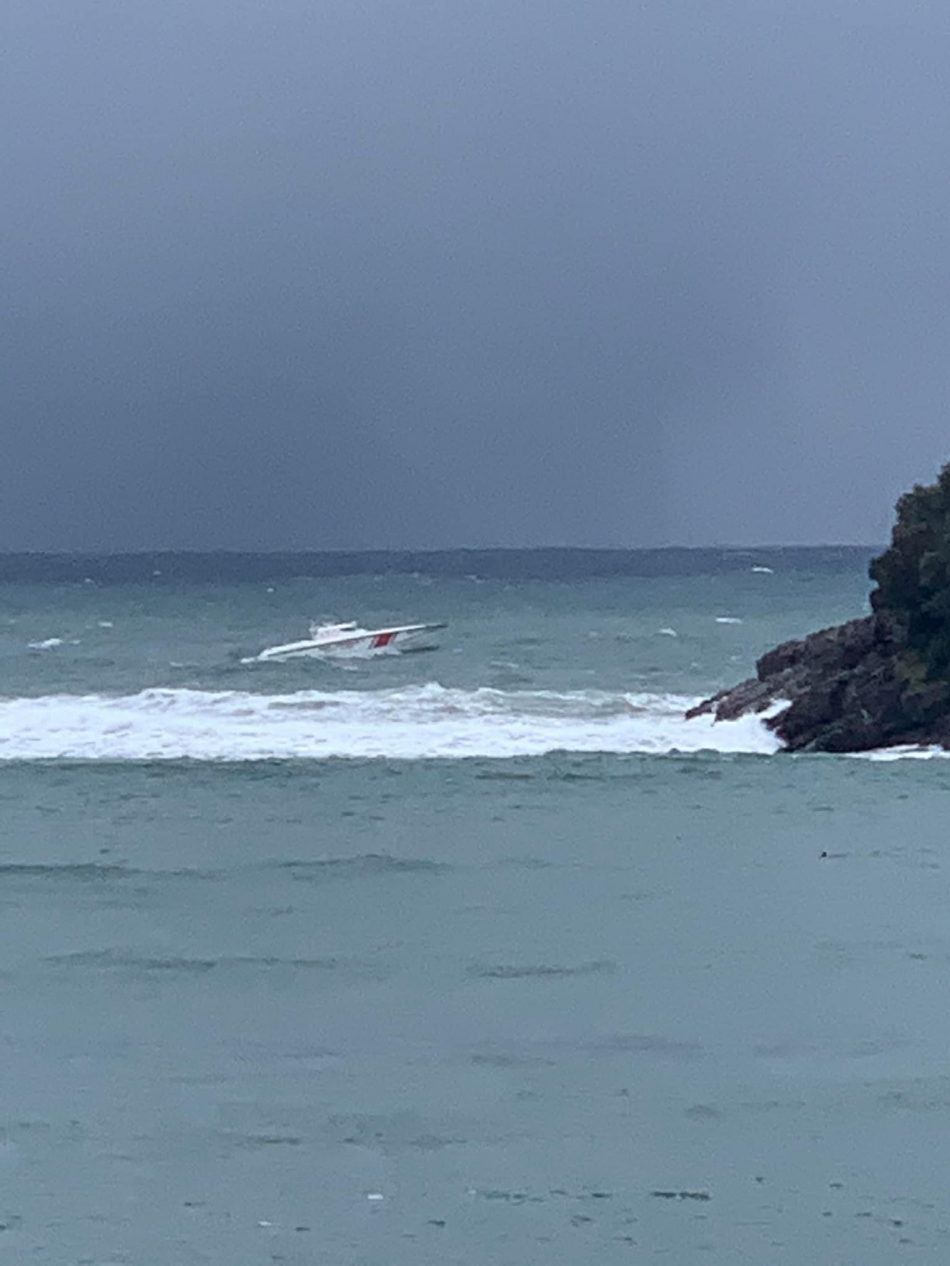 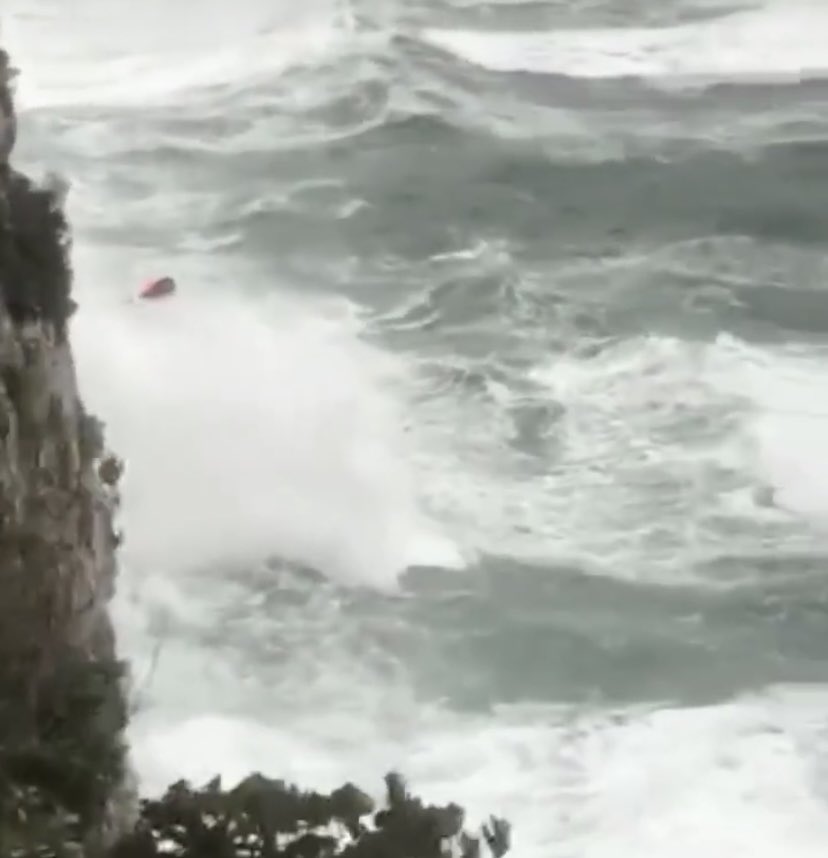 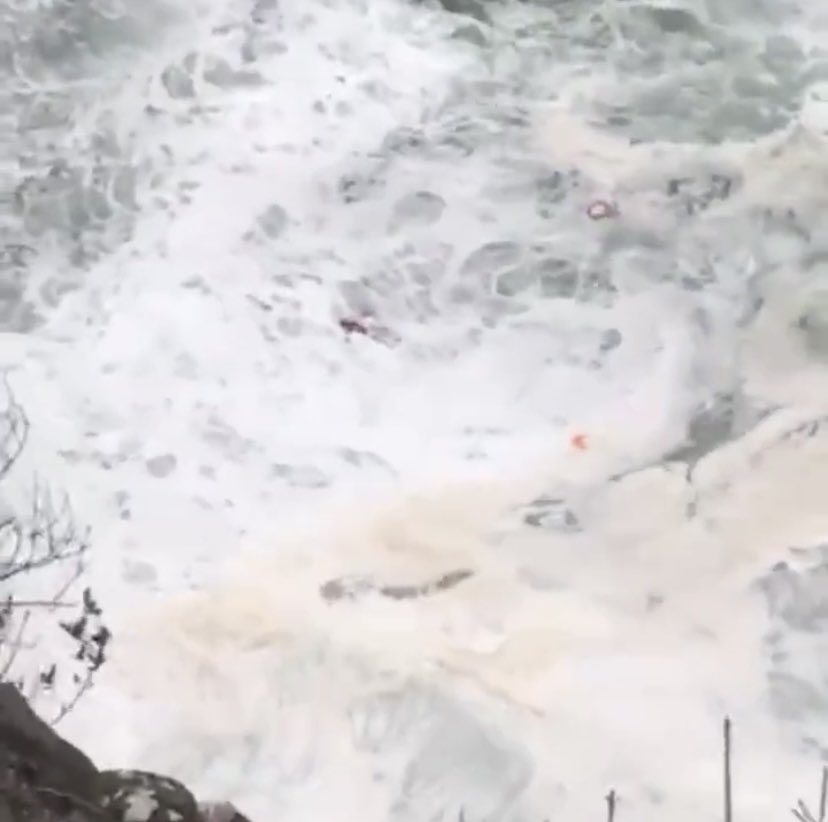 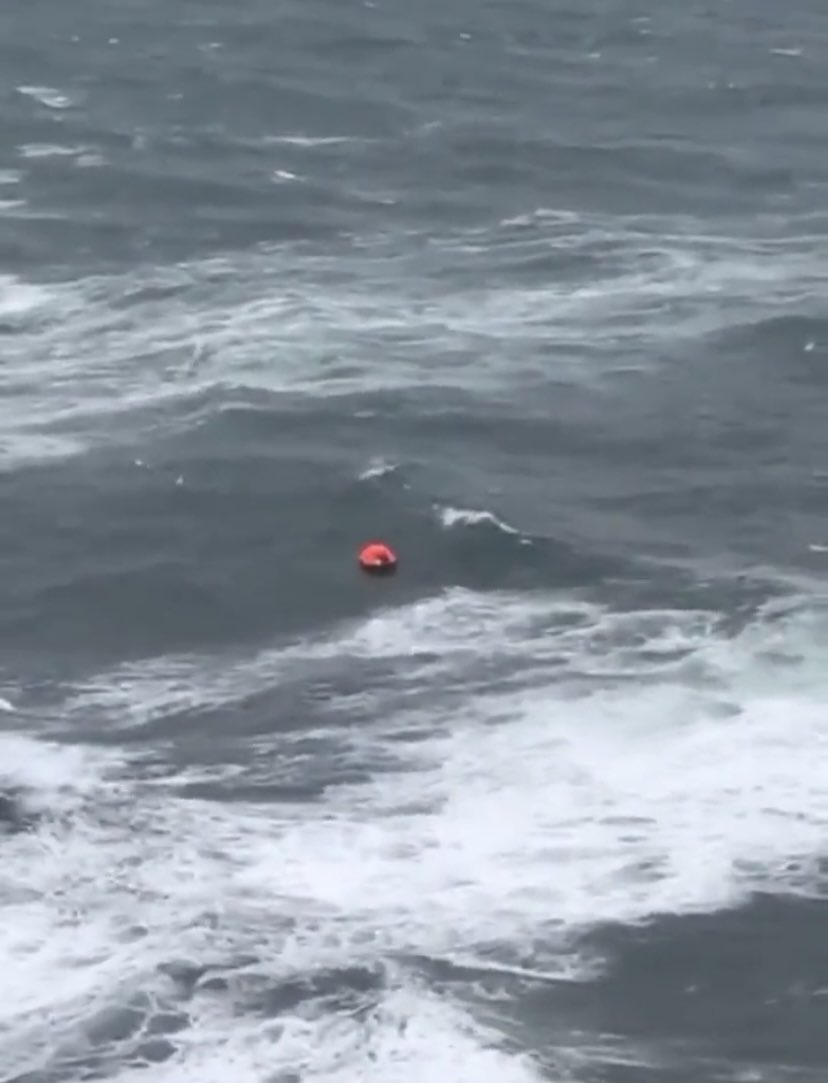 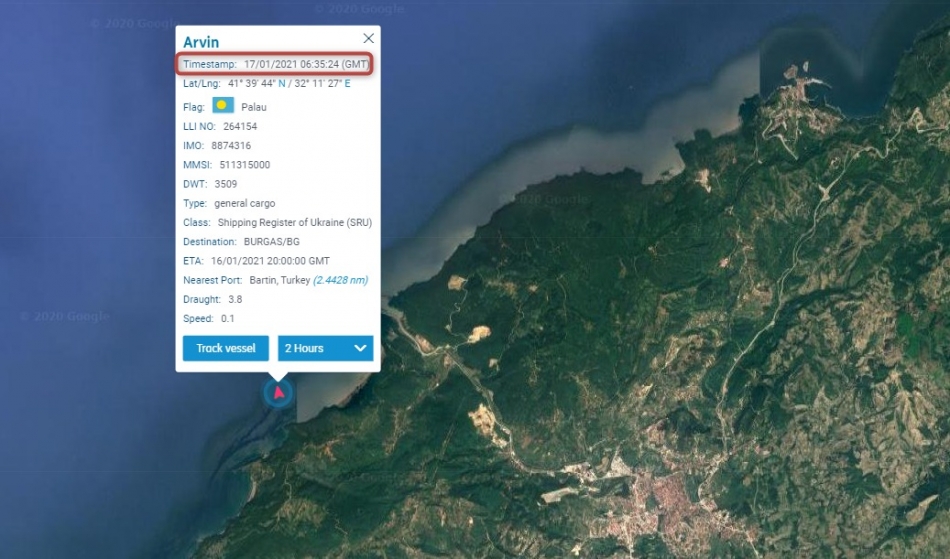