Commodities play an important part in Ukrainian economy and hence the present crisis has created a new event risk for commodity markets, according to a special report by Deutsche Bank. 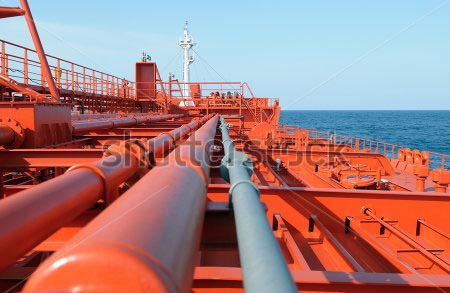 Commodities play an important part in Ukrainian economy and hence the present crisis has created a new event risk for commodity markets, according to a special report by Deutsche Bank."The country’s commodity exports include agriculture, chemicals, metals and timber products. However, the country’s strategic position when it comes to natural gas flows is, in our view, the most relevant," Deutsche Bank said.Europe is dependent on Russia for 30% of its gas supply, of which about 50% of these imports, or 15% of EU gas supply, arrive via Ukraine. The completion of the Nord Stream pipeline route under the Baltic Sea in 2012 reduced this dependence from 80% (to 50%), but a complete halt would still be very disruptive. At the moment there are no signs of any reduction in flows.Moreover, factors which will moderate the potential impact are the fact that gas storage levels across Europe are at unusually high levels owing to a mild European winter, and we are past the peak winter demand period.Ukraine is also a major agricultural producer and consequently any disruptions to the country’s exports could have a meaningful impact on global balances. For example, it is not only forecast to be the world’s third largest exporter of corn in 2013-14 after the US and Brazil, but, Ukraine is also the world’s sixth largest exporter of wheat.Ukraine crisis would have more impact on crude oil and natural gas as they constitute around 13% of commodity net imports as a share of GDP. The threat of an interruption of European gas suppllies imported from Russia via Ukraine has emerged for the first time since 2009, when gas shipments were halted as a result of disputes over import prices, transit fees and delayed payment.This time around, the situation is different as a result of two factors: (i) the new pipeline route called Nord Stream, and (ii) the seasonally high level of gas inventories in Europe. While a complete halt of natural gas imports from Russia would still be an extremely disruptive event for the European gas network, the halt of Ukraine gas transit alone would have to last longer than in the past to be of equal importance.Agriculture and metals
Ukraine's agriculture exports account for less than 5% of GDP while metal exports comprised less than 2% of net exports between 2010 and 2012. Hence impact on metals and agriculture sector would be weak,Deutsche Bank said.