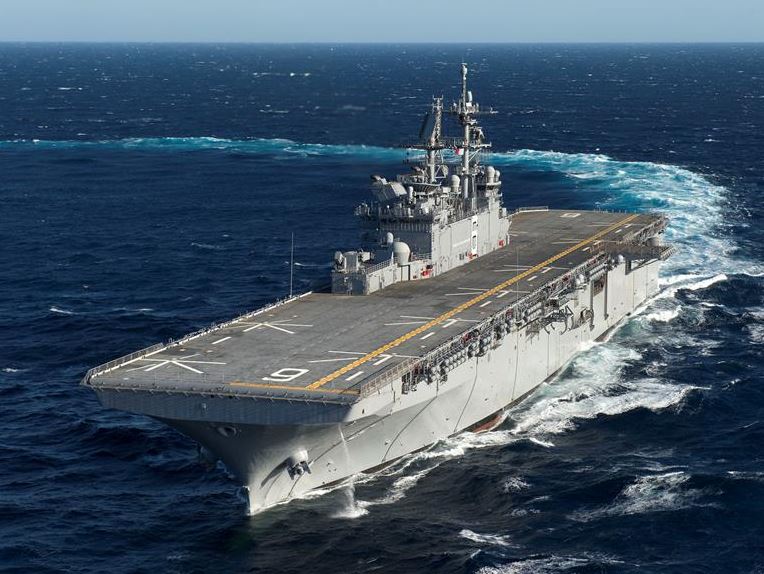 America completed sea trials in February, with no major deficiencies identified. Following delivery, the commissioning crew will move aboard and begin shipboard training in preparation for the ship’s sail-away. Commissioning is slated for late 2014 in San Francisco.

When America enters the fleet, she will be the flagship of an Expeditionary Strike Group, strategically positioning Marine Expeditionary Units ashore across a full spectrum of missions, including humanitarian, disaster relief, maritime security, antipiracy and other operations while providing air support for ground forces.

America-class ships are 844 feet long and 106 feet wide and displace 44,971 long tons. The gas-turbine propulsion system will drive the ships in excess of 20 knots. They will accommodate a crew of 1,059 (65 officers) and 1,687 troops. The America class will be capable of carrying a Marine Expeditionary Unit, including Marine helicopters, MV‐22 Osprey tiltrotor aircraft and F‐35B Joint Strike Fighter aircraft.

The newest class has an increased aviation capacity to include an enlarged hangar deck, realignment and expansion of the aviation maintenance facilities, a significant increase in available stowage for parts and support equipment, and increased aviation fuel capacity.

Shut down in Syria, Manila's risk-taking ICTSI sets up shop in Iraq