Turkih tanker NAsZO S, with twelwe crew onboard, in the afternoon around 18:30, went up in flames. 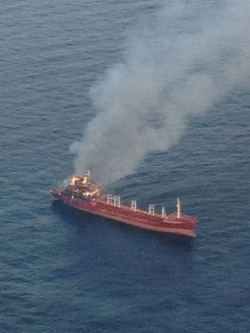 Turkish tanker NAZO S, with twelwe crew onboard, in the afternoon around 18:30, went up in flames. The fire, according to the first information, would burst due to a short circuit. This is the Nazo.s tanker that caught fire at 37 kilometers from the coast civitanovese. The aft part of the ship, where you will find the accommodations, it is destroyed.

All twelve of the seafarers of the ship were rescued by three patrol boats of the Ancona harbour master. Have been put in place all the procedures to prevent possible damage to the environment. One half of the core of Pescara Coast Guard plane took off to douse the flames and has followed the evolution of the situation.

The tanker would seem devoid of oil. The alarm has arrived in the afternoon the maritime authorities of Croatia, who alerted the Operations Centre of Rome the general command of the harbor authorities. The Maritime Directorate of Ancona, who coordinated the rescue,  immediately launched three patrol boats of the Coast Guard - from the capital, San Benedetto del Tronto and from Civitanova Marche - and let three units that passed in the area.

One of these - the container "Annamarie", flying the flag of Antigua and Barbuda - has reached the ship on fire and rescued the crew, who in the meantime had left the merchant and was on board a lifeboat.

The chemical tanker Nazo S , flying the Turkish flag, which started at 7.45 am from the port of Ravenna, is on fire in the late afternoon to 37 miles off the coast of Civitanova .The twelve crew members abandoned ship and took refuge on rafts where they were joined at night by means of the Maritime Directorate of Ancona .

On the spot also came two tugs with firefighting systems Ravenna Sers Group and stationed in the port of Ancona. The danger is that leaks into the sea fuel oil which has on board for the journey up to the Galatians, on the shores of Danube, Romania. For the risk of pollution marine was alerted the national consortium Castalia, which deals with environmental protection of the coasts: the alarm has mobilized the personnel of two vessels equipped, the Secomar 4, stationed in the port of Ravenna and the Monterosa positioned Giulianova. At about 19, the 12 crew members are stat i rescued from a container, diverted to the crash site. During the night they arrived in Master in Ancona, where they were interrogated in the investigation into the causes of administrative ' fire opened by the Coast Guard.

The Nazo S is a chemical tanker of 91 meters, about 2,200 gross tons , built in 1975. From the Egyptian port of Damietta had arrived yesterday in Ravenna and had dumped 950 tons of ethanol.Ravenna from the Turkish ship took off and empty 'gas free'.

At about 18, the fire department would depart from the cabin crew. Nazo The S was in international waters, at a point that requires a few hours of sailing to be reached from the coast of Ancona. The unknown factor is related to the maintenance of tanks and how much fuel has embarked (the bunker was not carried out in the port of Ravenna).

The fire was then turned off at 5 am this morning. The jets of water and foam of two tugboats and means of firefighters sent by the Port of Ancona have been right of the flames, but the cameras report that in some areas of the hull still the temperature approaches 100 degrees. Uncertainty over the fate of the ship:'' We're trying to track down the owner of the turkish Nazo-S - says Admiral John Pettorino, commander of the Maritime Directorate of Ancona - to understand if and 'able to tow it to a port near , or how it intends to proceed.'' 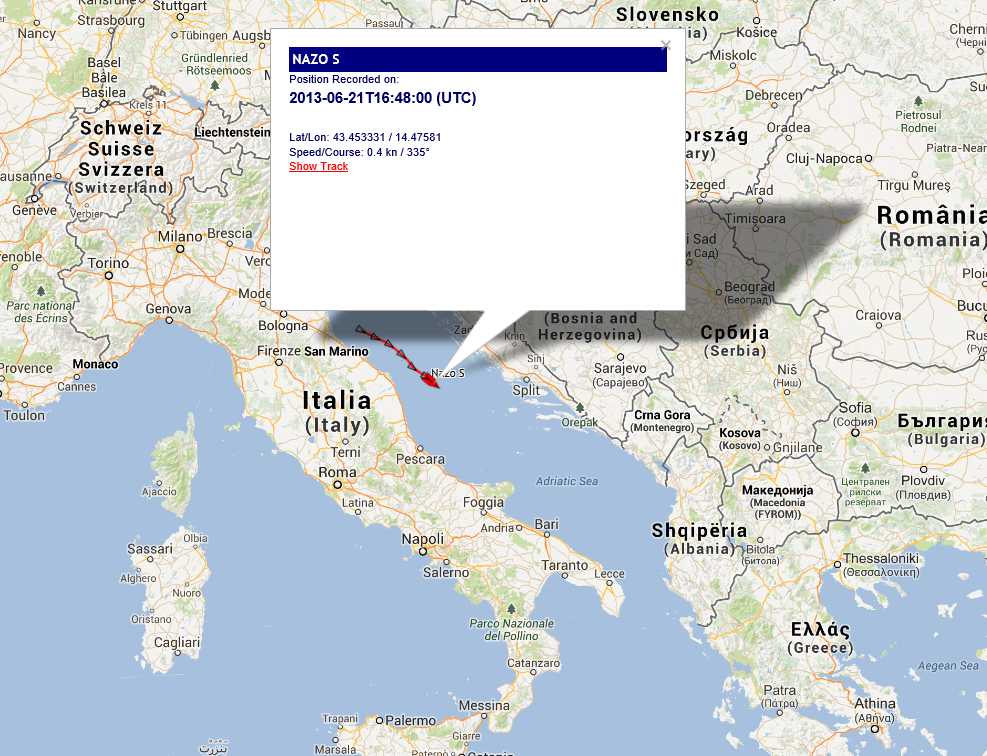