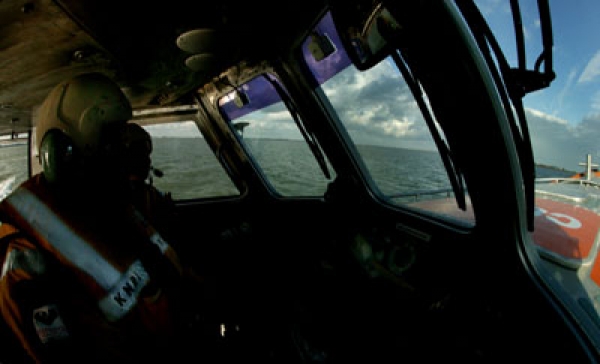 Around 0200 LT Nov 28 2010 in 52 26 N 003 54 W some 23 nm W off Ijmuiden collided two tankers, LPG Trout and chemical Kardeniz, both vessels proceeding roughly in one direction, Trout 194 deg speed 9.6 knots, Kardeniz 184 deg speed 13.6, Kardeniz struck Trout in engine room area, so it’s a case of collision in overrunning. Trout got a hole 1.4 meters dia, water ingress. Drifting Trout reported collision to Dutch Coast Guard, which directs to the scene safeboat and tug, or several. Kardeniz was permitted to resume voyage. No reports on spill or both vessels’ cargoes. As of 0440 UTC Trout proceeding to Rotterdam at a speed 3.8 knots, 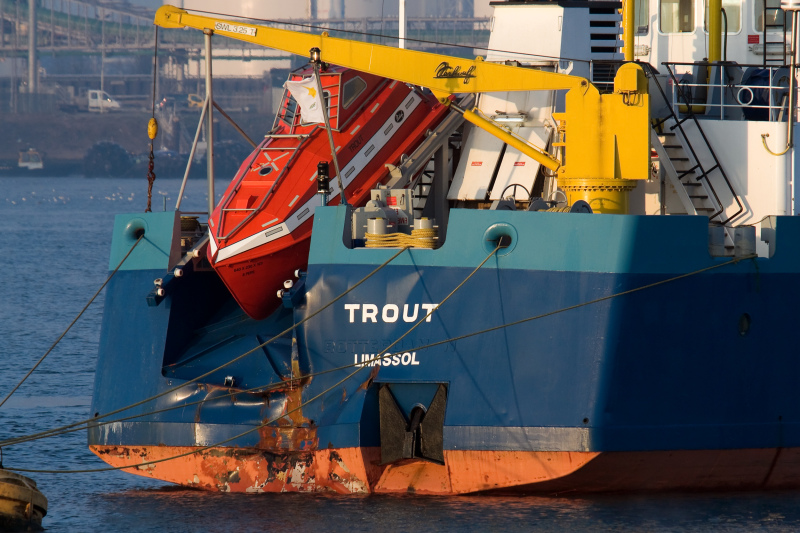 The damage at the stern of Trout seems that that accident was an overrunning.

Here are some more details:

Around two hours on Sunday November 28 23.5 miles west of IJmuiden in the position 26'noord 52 ° and 003 ° 54 'east a collision between the Cypriot-flagged tanker Trout and Maltese chemical tanker Kardeniz place.  The Trout reported the collision of two to five as first the Dutch Coast Guard.The ship was near the engine room of a hole approximately 1.4 m diameter increased.  She took water.  The Kardeniz had no significant damage. There were no injuries in the collision. Coastguard Centre Den Helder at 02:06 pm, immediately after the report of the Trout, the crew of the lifeboat Koos van Messel of KNRM rescue station IJmuiden alarmed.  The Koos van Messel departed within fifteen minutes taking with pumps to sea. The Coast Guard also showed a Westland Lynx helicopter rescue of Maritime Airbase De Kooy in Den Helder prepare to ascend.  Kardeniz received from the Coastguard Centre Den Helder permission to continue its journey when the lifeboat arrived at the Trout would be.  From IJmuiden, the tugs were already Brent Trout and Ginger to the left.  At five past three, put the salvage tug Tempest by the recent bad weather freighter Western engine failure safely brought in IJmuiden, and all at sea, sail for the Trout.

The Koos van Messel came at half past three in the Trout alongside.  That took ten minutes later, when the crew had reported the situation under control with a speed of about 8.5 knots on her voyage to Rotterdam. The expected arrival at the mouth of the New Waterway was Sunday morning about half past six. The Koos van Messel stayed with her in case something unexpected goes wrong. For three fifty saw the Tempest for further action and sat on the opposite direction. Kustwachtcentrum. Coastguard Centre Den Helder left at twelve minutes past four KNRM-rescue station Hoek van Holland alert.  Jeanine Parqui had the support of the Koos van Messel take over.  The tugs Ginger and Brent had already turned the bow back to IJmuiden.  At half past four, the lifeboat Parqui Jeanine Mount Haven in Hoek van Holland and leave with a 30-mile course put to sea Trout.  Since she came to five hours and took 15 miles west-northwest of the guidance on the Koos van Messel. IJmuiden lifeboat turned half past six at five minutes to drive back on. The Trout cruised at a speed of around 10 knots under the guidance of the Jeanine Parqui to Maasmond.Around seven hours in the morning they passed the head of the North Pier.Through the direction of Trout Calandkanaal enter offshoreput and moored at a quarter to eight on the north side of the Caland Canal near the Danube port.  Jeanine Parqui had the Trout in the wide and deep was left back at half past seven in the Mountain Harbour in Hoek van Holland moored.The Kardeniz was five hours at night in the anchorage area near Hook of Holland to anchor. The creep line coaster Trout has a length 105.6 meters, width of 12 m and depth of 3.3 m. They measured 1520 dwt.  was built in 1990 and is managed by Chemgas Shipping BV, Rotterdam.  The chemical tanker was managed by the Turkish Mardeniz Shipping Management C. Inc. Inc.  She measures 6,970 dwt and was built in 2008.