Turkey has launched a 140-meter-long amphibious ship at a high-profile ceremony. 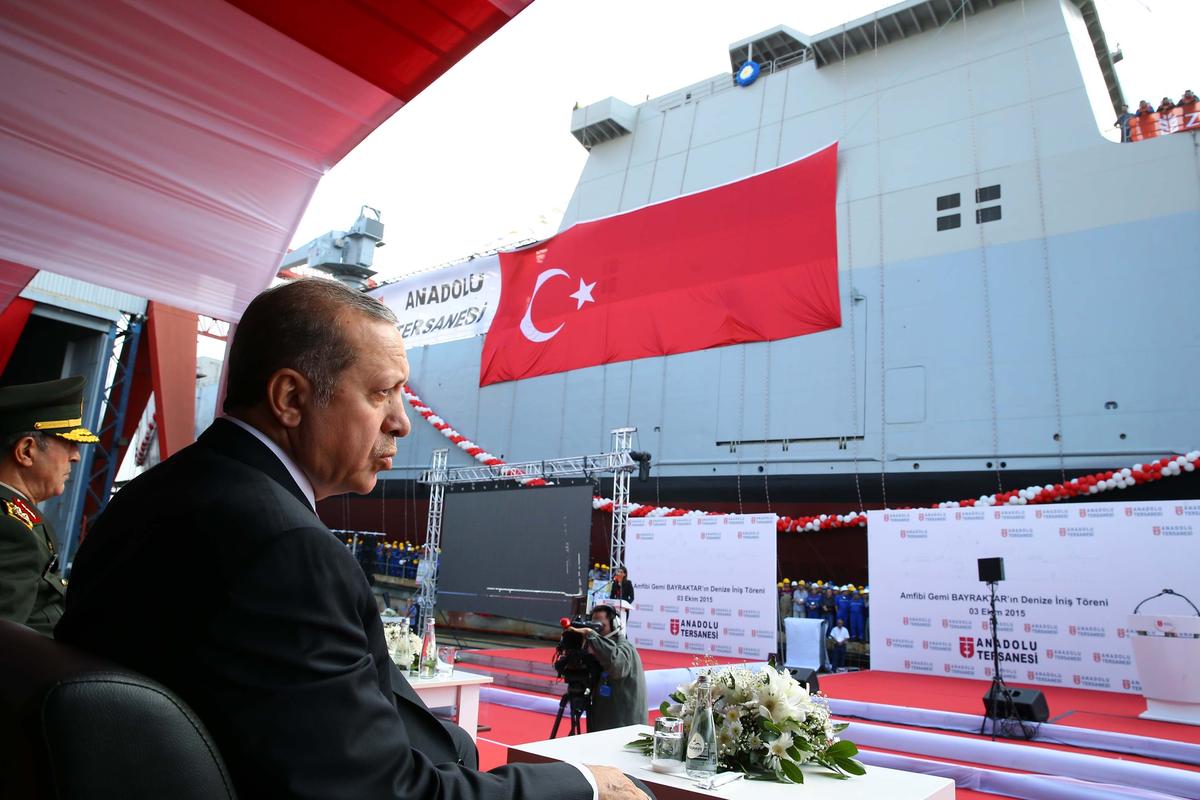 Turkey has launched a 140-meter-long amphibious ship at a high-profile ceremony.
The Bayraktar is the first of two landing ship tanks that Turkey’s procurement officials have commissioned. The vessel was designed, developed and built by a privately owned Turkish shipyard, Anadolu Tersanesi. The Bayraktar is expected to boost naval operational capabilities.
Turkish President Recep Tayyip Erdogan was present at the launch ceremony. He praised the country’s local industry for successful indigenous programs over the last 13 years.
Erdogan said that in 2002, 80 percent of Turkey’s military requirements were imported systems. Now, that figure is only 40 percent.
Meanwhile, Turkey’s procurement agency, the Undersecretariat for Defense Industries (SSM), has issued a request for proposal for the acquisition of two naval assault boats.
SSM said that the composite- or aluminium-body boats would be procured from a local shipyard.