CONGESTION has worsened at the Port of Oakland and tempers are fraying, in the wake of Ports America and Terminal Investment Limited’s sudden departure from the Outer Harbour Terminal. 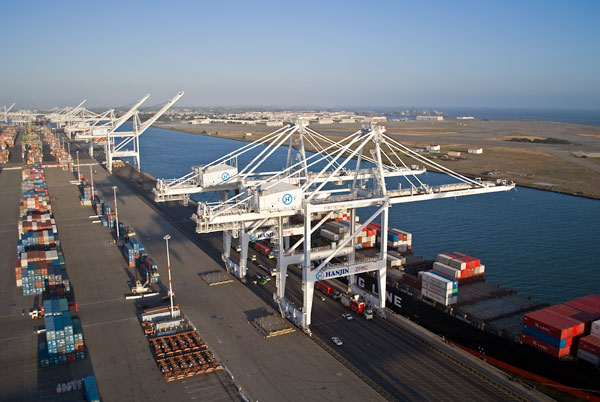 Truckers face queues picking up boxes at Oakland after terminal closes
CONGESTION has worsened at the Port of Oakland and tempers are fraying, in the wake of Ports America and Terminal Investment Limited’s sudden departure from the Outer Harbour Terminal.
The head of the National Industrial Transportation League’s ocean transportation committee, Don Pisano, described the situation as a "debacle", saying he had been unable to collect a container since February 22, reported American Shipper.
The president of SSA Containers, which operates the Oakland International Container Terminal, Edward DeNike, said the facility has seen a surge in cargo traffic as shipments previously handled by the Outer Harbour Terminal have been redirected to his terminal.
SSA is now handling 25 to 27 ships a week, up from 14 to 15 per week before the Outer Harbour Terminal closed down. SSA is also handling up to 6,000 trucks daily through its terminal gates where previously it was handling 3,000 to 4,000 trucks per day.
Mr DeNike said the company has added night and weekend hours and is leasing additional land for use as an empty container yard, and has also purchased additional cargo handling equipment that will take 60 to 90 days to arrive.
In response to the congestion complaints, port authorities highlighted in a statement that the Oakland International Container Terminal has been operating on Saturdays for one month, and that before the end of this month SSA will open a 32-acre container yard for rapid pick-up and drop-off of empty containers.
Carriers have also been extending free time for shippers on a daily basis so that cargo owners do not incur demurrage charges for containers that they are unable to recover from the terminals.
According to a senior vice president at The Annex, a beverages warehouse, David Weber, trucks coming to pick up containers at the terminal may spend hours on line waiting to pass through the gate at the SSA terminal only to be told that the section of the terminal where their container is located is closed because it is overcrowded and has become too unsafe to allow extra trucks in.
Mr DeNike said SSA would not consider taking over the Outer Harbour Terminal because cranes at the terminal are too small, there is a need for repaving, and there is a potential union lawsuit brewing over whether the International Longshore and Warehouse Union or International Association of Machinists and Aerospace Workers has jurisdiction over maintenance work.