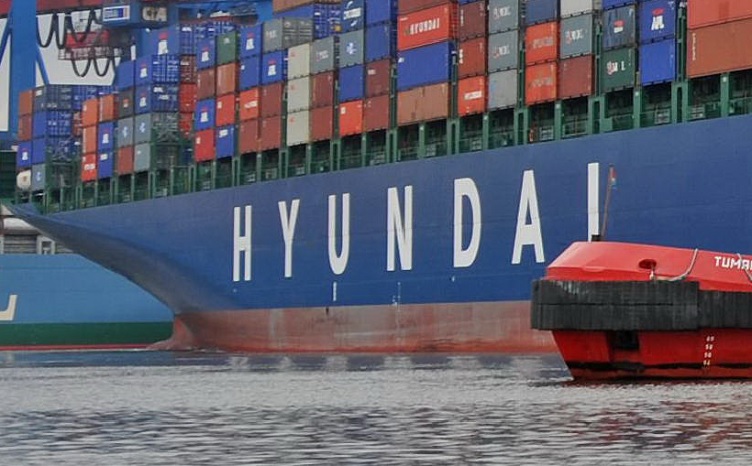 12 September 2016 - 20:11
Top HMM stock holder KDB wants HMM to buy Hanjin assets KDB now owns
THE Korea Development Bank (KDB), bankrupt Hanjin Shipping's main banker, said it would "actively support" Hyundai Merchant Marine's (HMM) purchase of Hanjin's assets.
HMM, whose biggest shareholder is KDB, could consider taking over some of Hanjin's vessels, workers and other holdings, said Baek In Gyun, the bank's Seoul-based general manager, whose bank now owns most Hanjin stock through itself and Korean Air of which it is a leading shareholder.
A decision may not be coming soon as a court is still hearing Hanjin's application for bankruptcy protection, he told Bloomberg News.
"We would consider taking over any viable assets, if there are any," said Mr Baek. "If there are any parts of Hanjin Shipping that would help Hyundai Merchant's operations, we will not spare any efforts."
The Hanjin impasse is awaiting resolution as creditors, lawmakers, owners and a court consider all options to avert wider repercussions on an industry that helps move more than 90 per cent of South Korea's exports.
This news 3087 hits received.