The prosecutor's office seized the ship's black box. The company: "We will compensate all passengers" 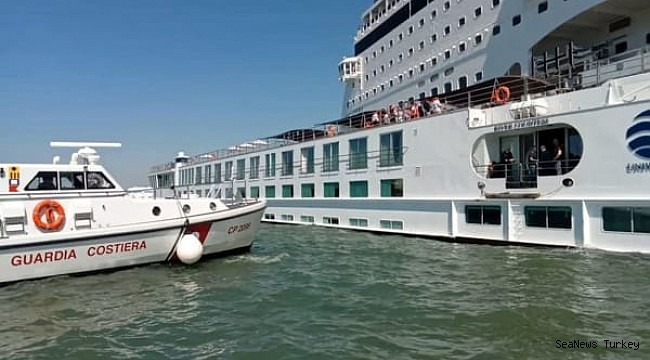 The MSC Cruises confirms that the "commander of the MSC Opera and the DPA (Designated Person Ashore) were given the guarantee notices and the relative registration in the Register of suspects of the Public Prosecutor of Venice" after the accident of the ship in Venice. The company announces that "the prosecutor investigates other parties unrelated to MSC involved in various ways in managing the events that led to the Sunday incident".

The prosecution also seized the "Opera" movement systems: in addition to the black box, under "investigation" there is the whole control system from the helm to the mopeds. The ship is not seized but remains anchored. On board there are 2,700 passengers waiting to see if and when they will return to Montenegro. Was it a "failure" that caused the loss of control, as MSC explained shortly after the impact? "We will evaluate it", comments chief prosecutor Bruno Cherchi, "the technical advice will ensure the reason that allowed the ship not to continue the route but to skid to the right", crashing into the tourist boat "River countess".

The company reimburses the tickets - MSC has decided to cancel the cruise which was to depart from Venice on the "Opera" ship, and to "reimburse all passengers the full cost of the ticket and any services booked". This was stated by a note from the cruise company. This, explains Msc, in light of the fact that the ongoing investigation will take a few days to complete "and therefore the ship will not be able to complete the itinerary originally planned in the Eastern Mediterranean". The Opera could resume the sea by 7 June.

The political controversy ignites - The condemnation of the passage of large ships along the Giudecca Canal is transversal, but it is the clash between the Lega and the 5 Star Movement to ignite. Deputy Prime Minister Matteo Salvini attacks: "The ministers are paid to solve, not to create problems. In Italy we must always wait for something to happen to solve the problems. There is a project for ships to be done immediately," he says referring to the project Marghera. Plan that, for the owner of the Transports Danilo Toninelli, "does not exist. Salvini wants to be controversial. There is a hypothesis examined in 2017 which is not supported by projects and which is based on the condition of Vittorio Emanuele, for which it is possible go digging or not inside the Vittorio Emanuele ", he specifies, without sparing a scowl to the government colleague:" There are too many controversies, people who work and say they can solve problems with a magic wand and with tweets ". Fonti Mits let us know that "unlike what has been claimed by many in these hours, no project on the Marghera hypothesis for large ships in Venice lies on MIT. No project was therefore blocked or left in a drawer. There is only one study. whose nature has nothing to do with any design stage, not even the initial stage of technical-economic feasibility ". The hypotheses for Toninelli, which ensures "new routes", are two: "One is Chioggia, the other San Nicolò. By the end of June a final project will be chosen".