THE world's biggest container lessor, Bermuda-based Textainer Group Holdings, posted a year-on-year 20.8 per cent decline in third quarter net profit to US$40.1 million, drawn on revenues of $132.6 million, up 8.5 per cent. 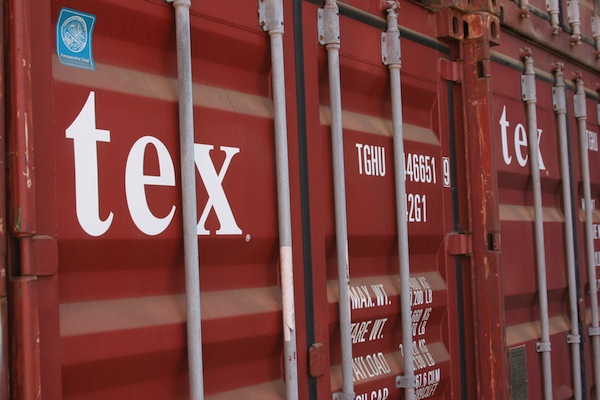 THE world's biggest container lessor, Bermuda-based Textainer Group Holdings, posted a year-on-year 20.8 per cent decline in third quarter net profit to US$40.1 million, drawn on revenues of $132.6 million, up 8.5 per cent.

"Our net income was negatively affected by the need to reserve for certain uncollectable accounts and unrecoverable containers," said Textainer president and CEO Philip Brewer, adding that the company had written off $4.7 million in lost containers scattered in China.

"Historically, when a lessee defaults, we recover more than 90 per cent of our containers. For certain smaller lessees in default, we believe recoveries may not follow this pattern as these containers are in areas of China where recovery is not economical," he said.

This involves smaller shipping lines, accounting for less than 0.5 per cent of the Textainer fleet. "Most of these were acquired through earlier fleet acquisitions," he said.

The New York-listed company invested $629 million in new and used containers year-to-date following $198 million investments in new containers in the fourth quarter of 2012, increasing total fleet size by 11.7 per cent over the last year to close to three million TEU today.

It also grew lease rental income by 20.7 per cent in the quarter year on year to $118 million, lowered funding costs and locked in attractive long-term rates for a $300 million asset-backed revolving credit facility.

The company also achieved 94.1 per cent utilisation during the quarter.

"We continue to experience a very competitive environment marked by compressed returns, continued access to low cost funds by us and our peers and a short lead time for ordering new containers. We expect these market conditions to continue for the near term," Mr. Brewer said.

"Even though container demand has been softer than expected this year due to lower than projected trade growth and the inability of shipping lines to successfully implement and maintain general freight rate increases, we have continued to invest in new and used containers. Our fleet now approaches three million TEU, a major milestone.

"We have started to see signs of a slight pick-up in demand, and are pleased with our market position. Operationally, we expect performance to be flat to slightly down in the fourth quarter supported by stable utilisation, which remains high by historic standards, coupled with the stability provided by having more than 80 per cent of our fleet on long-term and finance leases," Mr Brewer said.