THE latest Shipping Confidence Survey from accountant and shipping adviser Moore Stephen shows that overall confidence levels in the shipping industry fell during the three months to May 2015 to a level equal to the lowest rating recorded in seven years. 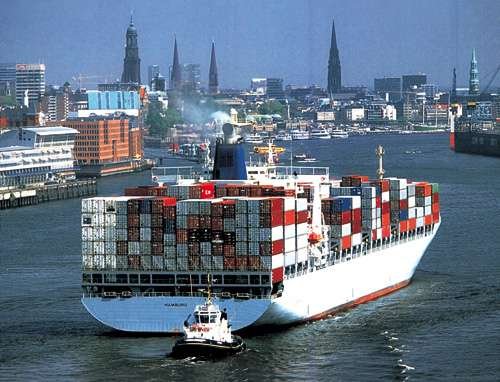 THE latest Shipping Confidence Survey from accountant and shipping adviser Moore Stephen shows that overall confidence levels in the shipping industry fell during the three months to May 2015 to a level equal to the lowest rating recorded in seven years.

Low freight rates and overcapacity were the major complaints from respondents, while some expressed continuing doubts about private equity funding.

In May the average confidence level expressed by respondents in the markets in which they operate was 5.3 on a scale of one to 10, down from 5.5 in February.

This equals the lowest figure recorded in the life of the survey, which was launched in May 2008 with a confidence rating of 6.8, reports London's Tanker Operator.

Charterers were the only category to record an increase in confidence, albeit from the all-time survey low last time of 3.9.

But their rating of 4.2 was still the lowest in the latest survey. The confidence of owners was down from 5.4 to 5.1 while that for managers dipped from 6.2 to 6.1, and for brokers from five to 4.8.

Geographically, confidence was down in all main areas covered the survey with the exception of North America, where it showed a marginal increase from 5.9 to six.

A number of respondents expressed the view that an upturn in market conditions was some way off. One said: "After eight years of misery, rates must go up if shipping companies are to survive."

But some were less downbeat, such as the respondent who said: "The aftershocks are almost over, and a recovery should get under way soon."

The depressed state of the dry bulk sector and the effect of the entry into the market of private equity were the subjects which dominated responses to the survey.

The likelihood of respondents making major investments over the next 12 months was down from 5.1 to five, the lowest figure since the 4.9 recorded in February 2012. But charterers were more confident than three months ago.

The number of respondents who expected finance costs to increase over the next 12 months was up by eight percentage points, from the lowest figure in the seven-year life of the survey, to 40 per cent.

Said one: "No real investor can dare to make investments in ships in the coming months."

Turning to the freight markets, there was a fall in the number of respondents anticipating higher rates in the drybulk sector, but expectations of improved rates in the tanker and containership trades were up on the figures for February.