Strait Of Hormuz: Globally Significant As Ever – Analysis

The Strait of Hormuz has been the centre of significant activity in recent months. Three ships – two merchant vessels and a crude oil tanker – were attacked in the Strait at the end of March. 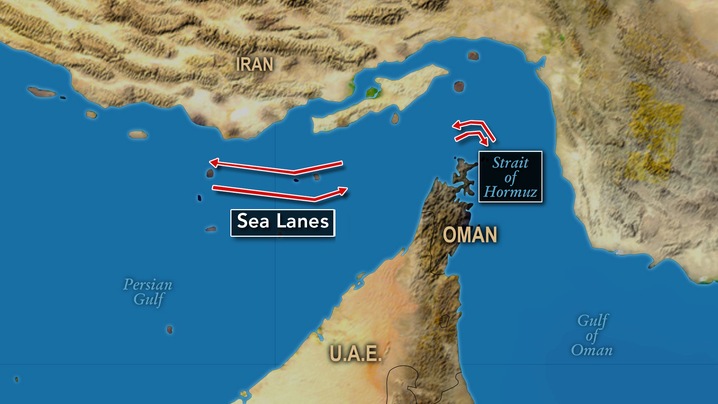 18 May 2014 - 22:14
The Strait of Hormuz has been the centre of significant activity in recent months. Three ships – two merchant vessels and a crude oil tanker – were attacked in the Strait at the end of March. In early April, Pakistan and Iran conducted joint naval drills in the Iranian port of Bandar Abbas, which sits on eastern side of the Strait.Also in April, the Oman Supreme Council of Planning announced that it will begin constructing a 90 square kilometre logistics hub near the central coast of the country near one of the Strait’s two entry/exit points. That project aims to capitalise on the high volume of traffic that moves through the Strait of Hormuz and the Gulf of Oman.It is no surprise that such activity has occurred in the Strait of Hormuz in such a short space of time. Despite the desire of some countries to lower their dependence on energy supplies from the Persian Gulf, the region remains one of the key global areas for petroleum production and distribution.Approximately one-fifth of the world’s traded petroleum resources passed through the Strait in 2012. This amount is unlikely to have drastically changed in the last year and a half given that the economies of Asia continue to boom and western demand for petroleum remains high.China, for instance, imported 55 percent of its petroleum resources from the Persian Gulf, with the majority of that passing through the Strait of Hormuz. This is a major fact considering China’s total amount of crude oil imports in 2013 was 280 million tonnes, according to Reuters.The Strait of Hormuz has also became highly important to another fast-growing Asian economy, India. In 2012, 57 percent of India’s crude oil imports came from Saudi Arabia, Iraq, Kuwait, the United Arab Emirates and Iran – all countries which bordered the Persian Gulf. Like China, that amount of oil imports is also significant given that India imported $109 billion of oil in 2013, according Wharton.While the US has taken steps to decrease its reliance on oil imports in recent years, the Persian Gulf remains pertinent to its present energy needs. According to the US Energy Information Administration, total US crude oil imports have fallen by 21 percent since 2008. However, 26 percent of total oil imports to the US in 2013 came from the Persian Gulf, a slight increase from 24 percent of total oil imports in 2008.The aforementioned figures help explain why the Strait of Hormuz remains a key global geostrategic area. They also help explain why events such as the 2011 dispute between the US, UK, France and Iran occurred in the Strait. That dispute included threats by Iran to close and disrupt the Strait, an increase of naval vessels in and around the Strait as well as sanctions against the Iranian government.The ongoing importance of the Strait to the energy security interests of nations also helps explain why the above-mentioned recent activities have occurred. For pirates, the vessels that pass through the Strait on a daily basis are viewed as moving gold mines that are worth becoming more brazen.For countries like Iran – considered by some nations to be a rogue and undesirable state – the Strait of Hormuz is a tool it wishes to use to display diplomatic bravado. It also uses the Strait as a means to strengthen diplomatic relations with other nations, as it has done with Pakistan in the aforementioned example.For other countries, such as Oman, the Strait and its high volume of traffic represents a potential way of further advancing and diversifying its economy. Like other Middle Eastern petroleum producing nations, Oman has outlined aims to develop other non-oil aspects of its economy, something it partly aims to do by constructing a major logistics centre near the Strait of Hormuz.While some western countries like the US have aimed to address their energy security needs by reducing oil imports, a considerable amount of its energy passes through the Strait. Growing economies such as China and India have increasing energy needs to sustain their growth, with much of that energy coming from Persian Gulf and passing through the Strait.It is upon this backdrop, that the Strait of Hormuz remains one of the most significant, volatile and strategic areas in the world.

US ports prepare for post-panamaxes as orderbook goes ultra