MARITIME technology company NAPA has announced that it will install its vessel efficiency software on a further four Stena Line vessels as part of the shipping company's energy saving programme (ESP). 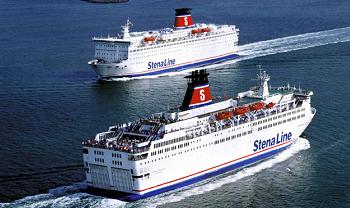 MARITIME technology company NAPA has announced that it will install its vessel efficiency software on a further four Stena Line vessels as part of the shipping company's energy saving programme (ESP).

The software, which monitors fuel consumption, speed, departure status and loading data, and can transmit back to shore in real time for analysis, is to be installed on the ferries Stena Britannica and Stena Hollandica, and on the freight vessels Stena Transit and Stena Transporter.

Stena's ESP has been running since 2005, with the first NAPA installation taking place in 2007. The additional vessels will bring the total number of ships using the software to 26, Digital Ship of London reported.

Stena conducts eco-efficiency monitoring and analysis from the shore, and the company say the programme has resulted in verified fuel savings of US$9 million.

"At NAPA we understand that ship operators are under increasing public, regulatory and financial pressure to control their fuel costs and boost environmental credentials," said NAPA vice president Johan Nystrom.

"Determining a testing process to verify results on a small scale before rolling the programme out has enabled Stena Line to invest only in proven solutions that work on its specific vessels and routes."

Those routes include passenger ferries operating around Scandinavia, the United Kingdom and the Baltic, providing connections between 10 countries. Getting accurate data on fuel efficiency is key to reducing consumption, according to ESP project manager of Stena Line Scandinavia, Lars-Erik Hellring.

"Without clear and accurate evidence of success, which is what NAPA's software delivers, it would be difficult to design an effective fuel consumption reduction programme, especially in an industry when savings as small at 0.5 per cent can mean a significant cost saving.