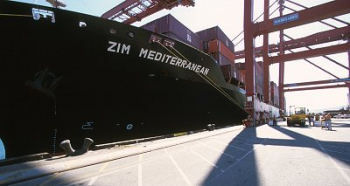 "Improvement in the global market and our intensive efforts in all areas of operation to improve efficiency and profitability are reflected in the company results as well as in the bond ratings," said Zim chief financial officer Allon Raveh.

The S&P attributed the upgrade, from its previous BB+ rating, to continued improvement in the company's performance and stability in the global shipping sector, reported American Shipper.

"This additional upgrade indicates that Zim is on the right track," said Zim's Mr Raveh. "We consistently generate a positive cash flow from operations and have reached a peak of nearly US$200 million in the third quarter of 2010."