Sri Lanka hoped to attract more Chinese investments under the Belt and Road Initiative and aimed to increase trade and investment ties with other global partners in order to emerge as a dynamic trading hub, a Sri Lankan minister said. 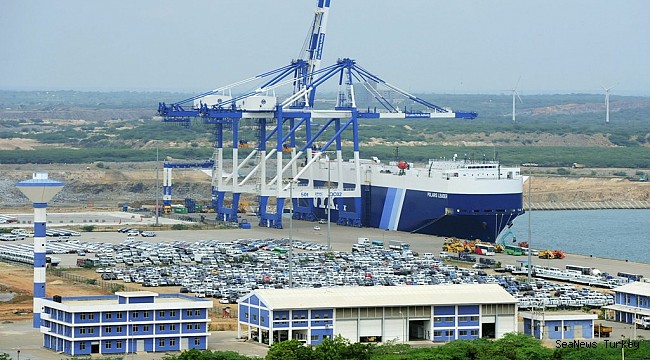 Sri Lanka hoped to attract more Chinese investments under the Belt and Road Initiative and aimed to increase trade and investment ties with other global partners in order to emerge as a dynamic trading hub, a Sri Lankan minister said.

State Minister of National Policies and Economic Affairs Harsha De Silva told Xinhua in an interview that Sri Lanka had the potential to emerge as a trading nation due to its strategic location in the Indian Ocean and the government was committed to maintaining strong ties with its foreign partners including China.

He said the relations between China and Sri Lanka had expanded in recent years. Sri Lanka had been benefiting from the Chinese projects which were spread out across the island.

China’s assistance to develop Sri Lanka, especially after the end of its three-decade civil war in May 2009, was appreciated by the island nation, he added.

De Silva said while there were Chinese-funded projects in the south and west, talks were also presently ongoing to expand these projects to the north and east of the country.

“Chinese investments have played an important role in this country, such as the Colombo International Container Terminal which is presently ranked as the 13th best-connected port in the world,” he said.

The minister said such projects had created employment for local people, generated wealth and increased foreign exchange in the country.

While Sri Lanka had immense potential, De Silva said the island country was going to become more important in the decades to come.

“No major power is going to be able to ignore us because of our location and our strategic importance on the Indian Ocean. So in that context many people have been our friends for centuries,” De Silva said.

“Sri Lanka is at the center of the Indian Ocean. I do not consider Sri Lanka as a South Asian country, but instead Sri Lanka should be considered as an Indian Ocean country. It is a different paradigm,” he added.

De Silva explained that from the east coast of Africa, all the way to Australia and the Pacific, Sri Lanka was at the center of shipping and could provide resources from the west to the east and finished products from east to the west.

“So given our location, we must attempt our very best to partner with all our friends to leverage our ports,” he said.

De Silva said that in terms of the Hambantota Port in the south of the island, the government together with China Merchants Port Holdings was aiming to transform it into a dynamic port.

In addition to the port, plans were also underway to develop an industrial zone close to the Hambantota Port premises.

De Silva said in the future, several investors from all parts of the world would set up operations in the industrial zone and use the port facilities to plug into the global production networks.