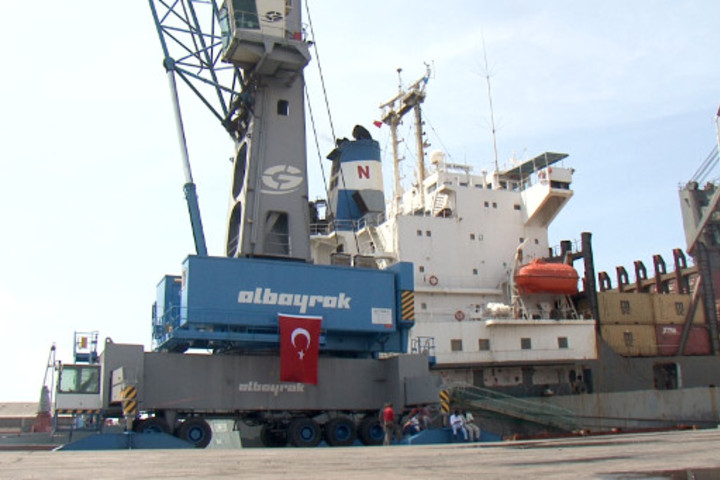 Outsourcing port operations to Turkey’s Albayrak Group is one more sign of Somalia’s slow rehabilitation, a dramatic shift from more than two decades of war when clans battled for control of Somalia’s most valuable asset and let its facilities decay.

Yet the award of the 20-year contract has highlighted other challenges facing the government, which has been struggling to build public confidence after years of chaos and has been trying to reassure donors worried about corruption.

In the wake of the deal, members of parliament have accused the government of making the award without proper oversight, while labourers, fearing they will lose their jobs, have staged frequent protests.

“If you come to the Mogadishu port at the moment, you will wonder if it is a market or a port,” said Abdirahman Omar Osman, an adviser to the Somali presidency, describing how porters rush to dhows and ships as they tie-up, seeking cash to help unload.

“The Turkish company will improve the infrastructure, maximize the income of the government and bring the port to international standards,” he said.

An efficient port is vital for the government, as it is the state’s biggest single source of revenue, and essential to building a functioning economy in a nation that is still battling an Islamist insurgency and which the West and African neighbours fear could yet tip back into anarchy.

The deal might also help change the reputation of Somalia, which has become notorious as a jumping off point for pirates preying on sea lanes in the Indian Ocean, although hijackings have dropped sharply since 2012.

But it has not been plain sailing for Albayrak, which started work last month. On several occasions, clashes between Turkish employees and Somali labourers brought work to a halt, local officials said.

Last month, three Turks were beaten and a Somali was killed during a scuffle between the labourers and the Turkish workers, according to a port official who asked not to be named.

“The government deliberately handed over the port to the Turkish company without considering our right to work and earn an income,” porter Ahmed Siicow told Reuters. “Turkey wants to use its lifts instead of the thousands of porters.”

The government faces a delicate balancing act between creating a more efficient port while preserving jobs of people with few other options in one of the world’s poorest nations.

Amin said he wanted traffic to grow from 3,000 containers a month — which now arrives on vessels that need to have their own cranes to unload — to 50,000 in a few years.

“Those dhows, I think they will vanish as we have more, bigger ships coming in,” the minister said by telephone.

The port’s current intake of $5 million a month from duties could double in a year with more traffic, the minister said. Albayrak will also improve collection of service fees, amounting to $1.2 million, of which the state gets 55 percent, he added.

Albayrak aims to build four new berths and repair others, bringing the number of working berths to 10.

More revenues would help a government that is now dependent on donor largesse. But the benefits of the port deal have not shielded the government from criticism from its lawmakers.

“Any deal that is not approved by the parliament remains null and void,” legislator Dahir Amin told Reuters.

Parliament has called several hearings to discuss the deal with Albayrak, a construction company whose website indicates has only one other port enterprise.

DP World, the Dubai-based firm with port operations across the globe, also showed interest, according to a source in the United Arab Emirates and a Somali with knowledge of the award.

A spokeswoman for the Somali president said Albayrak was the only firm to make a formal expression of interest. DP World said it would not comment.

In response to the row, Albayrak said Turkish firms were fixing Mogadishu’s airport and constructing schools, hospitals and mosques. “Turkey’s interest, love and contribution oriented in Somalia are continuing,” it said in a statement.

Turkey has emerged a crucial donor and ally since 2011, when Somalia was in the midst of a devastating famine. That year, the then Turkish Prime Minister Tayyip Erdogan became the first leader from outside Africa to visit Mogadishu in nearly 20 years as he set out to build his country’s status as a regional power.

The row is another headache for Somalia’s government struggling to rebuild donor confidence after allegations of corruption last year, first by a U.N. monitoring group then by a central bank governor who quit after less than two months in her post. The government denied charges of graft.

Western diplomats say the government faces an understandable lack of capacity as it negotiates deals, whether the port or airport, which is now being run by Turkey’s Favori.

Yet, echoing the sentiment of others, one senior Western diplomat said more scrutiny was needed. “What are commissions being paid? What is the structure of the contract?” he said.

The port deal and other support from Middle East nations also suggests the Somali government could find itself increasingly torn between regional Muslim rivals.

“The threat is the Somalis will try to play off the different Muslim interests,” the diplomat said, adding this could cause splits in Somali politics and alienate donors.

The UAE, which provides support to Somalia’s security forces and other aid, has been a staunch opponent of Islamist governments who emerged during the Arab Spring. Turkey’s government of the ruling AK Party, which has Islamist roots, held out a hand of friendship to Middle East Islamist leaders.

An official in the UAE said the Gulf state’s support for Somalia was aimed at rebuilding the nation and not driven by any commercial concerns. Turkey has made similar comments.