OCEAN liners are continuing to slow steam despite bunker fuel prices having fallen below the US$200 per tonne (PMT) mark, according to Alphaliner. 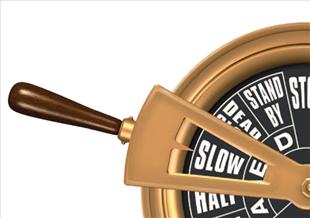 Shipping lines keep to slow steaming despite rock bottom oil prices
OCEAN liners are continuing to slow steam despite bunker fuel prices having fallen below the US$200 per tonne (PMT) mark, according to Alphaliner.
Data from the Paris-based analysts released earlier this month, however, showed the opposite that low bunker prices are encouraging shipping lines to "increase average sailing speeds again, further worsening the vessel over-supply situation."
The study focused on the China to US west coast trade and found that most containerships still sails at speeds of 19-20 knots eastbound and 14-15 knots westbound.
"Service speeds could thus be increased by two to three knots on the headhaul leg and four to five knots on the backhaul, allowing overall transit times to be cut by two to five days in each direction," said Alphaliner.
A faster speed and a shorter port rotation on a China to USWC loop from six to five weeks would result in additional daily bunker costs of $18,000-$30,000.
"This should provide a strong financial incentive for carriers to abandon slow steaming; however, rock-bottom vessel charters and container leasing rates have deterred carriers from speeding up," said Alphaliner.

US west coast ports bounce back from early-2015 slump: Datamyne