Leading ship owners said this week that new environmental legislation is set to cost their industry over $500 billion in coming years. 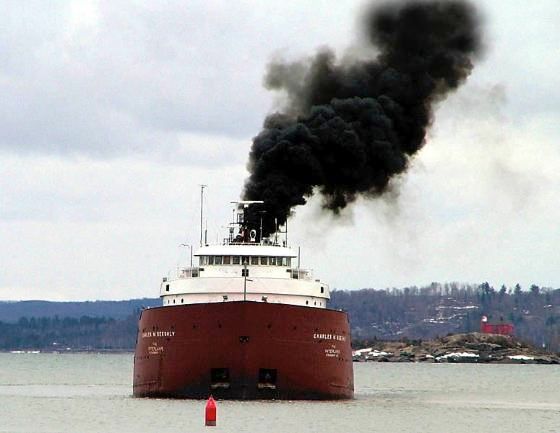 Leading ship owners said this week that new environmental legislation is set to cost their industry over $500 billion in coming years.  The sector already faces one of the worst ever slumps and struggles to raise capital, the industry group said. From 2015, tougher new limits for shipping fuel used will be phased in across northwest Europe and North America as part of efforts to cut pollution from toxic chemicals. This will require a switch to low sulfur fuel, which is estimated to cost at least $300 a ton more than the heavy fuel oil currently used, which has been targeted in legislation due to its impact on the environment and overall health. The global shipping sector also faces further costs from the introduction of water treatment systems on board vessels and a potential climate tax that may be levied on the sector by United Nations. Masamichi Morooka, chairman of the International Chamber of Shipping, which represents over 80 percent of the world’s merchant fleet, said the industry would face at least $50 billion in annual environmental costs between 2015 and 2025. “As many companies struggle to survive during the difficult years ahead, we must persuade governments to avoid placing yet more straws that risk breaking the shipowner’s back,” Morooka told delegates at a shipping conference in Norway. “Many of the expensive environmental regulations that are about to enter into force were conceived in a different world, at a time when shipping markets were booming and finance for retrofitting had not dried up.” A five-year slump in shipping, one of the worst on record, and pressure to shrink bloated loan books have forced many European banks to abandon or scale down lending to the sector. Shipping companies ordered large numbers of new vessels between 2007 and 2009, when freight rates hit record highs, but the extra capacity arrived just as Europe’s recession was deepening and other economies were slowing. Morooka said the tough market conditions were unlikely to change for most shipping sectors before 2015 or 2016. He added that it was key for ship owners to take “considered decisions” over ordering new vessels to avoid prolonging the downturn. “What might be in the rational interest of an individual ship owner might not always be good for the collective health of the industry,” he said.Source: Reuters

Chinese shipbuilding capacity to drop 30% by 2015