Captain Cahit Istikbal, the President of the Marine Safety Association (DEDER), issued a congratulatory message on the occasion of 25 June, Day of the Seafarer.

Captain Cahit Istikbal, the President of the Marine Safety Association (DEDER), issued a congratulatory message on the occasion of 25 June, Day of the Seafarer.

In his message, DEDER President Captain Cahit İstikbal reminded that the day of the seafarer was dedicated to the seafarers who made great sacrifices from them and their families for the continuation of the World trade and economy.

DEDER President said: "The aim is to convey the feelings of loyalty and gratitude to more than 1 million seafarers who work devotedly in the seas of the world. We thank the sailors for enduring the physical and social sacrifices, and doing so in service of the world population to survive, let them be alive. Without them, half of the people on earth would starve and the other half would die from the cold."

"Sailors have been announced as key employees"

Saying that the seafarers are defined as 'key employees' by the UN Maritime Organization, İstikbal said: “The seafarers also play an important role in maintaining the flow of vital goods such as food, medicine and medical equipment during the Covid-19 outbreak process. This pandemic has created more difficult working conditions for seafarers that maintaining the sustainability of shipping, which is the main link in the logistics chain during the pandemic, on the other hand, including uncertainties and difficulties for them in being able to get landing permission at ports, recruitment, crew change and return to the country, thus they were subjected to difficult working conditions. "

Reminding that the International Maritime Organization invited all member states as key employees and offering support, assistance and travel privileges to all seafarers during the outbreak this year, Captain Cahit Istikbal continued as follows: "More than two hundred thousand seafarers  have been away from their homes for more than 4 months and without knowing when they can return due to travel restrictions. As maritime Safety Association, we have made press releases beforehand to raise awareness. In our country, all seafarers working in pilotage and towage services, especially pilots, have continued their sacrificial duties. We want to express our gratitude to them, too. "

World Seafarers Day was founded in 2010 with a resolution adopted at the diplomatic conference in Manila. The aim of this Decision taken under the Revised International Standards for Training, Certification and Watchkeeping Standards Convention (STCW) was to recognize the seafarers' contribution to society and the economy globally.

Through the recognition of the Day of the Seafarer,  governments encourage maritime companies, maritime-related companies and related institutions and organizations to support and raise awareness of maritime trade and seafarers during that day. World Seafarers' Day aims to raise awareness about mariners and maritime in the international community and to be popular with social media hashtags. #SeafarersAreKeyWorkers 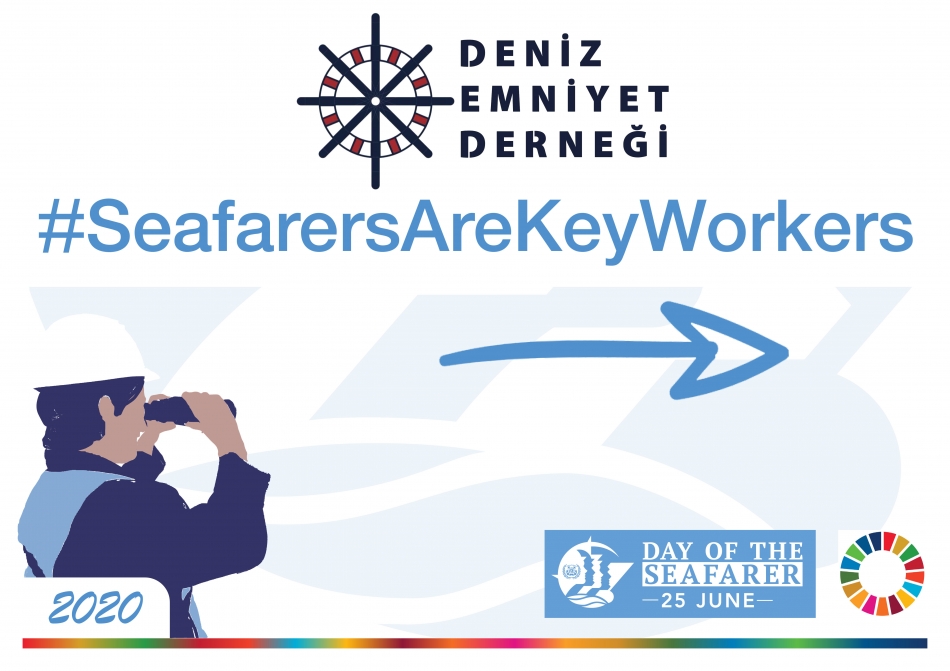