Libya-bound sea freight is continuing to move from the UK to the North African country despite news that all three ports have closed. 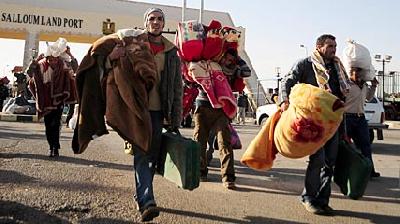 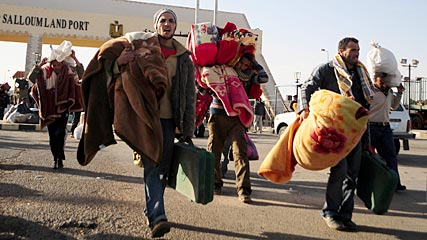 Business as usual despite news that all three ports have closed

Libya-bound sea freight is continuing to move from the UK to the North African country despite news that all three ports have closed.

Yesterday morning (21 Feb) it appeared to be ‘business as usual’ with a number of freight operators all reporting that traffic was moving unhindered to Libya’s three ports of Tripoli, Benghazi and Misurata.

Tuscor Lloyds told IFW that it was still able to move freight through all three ports while Excel confirmed it was still sending boxes to Tripoli - its port of call. Tarros said its Italian office was continuing to send boxes to all three Libyan ports from its terminals in La Spezia - although it was looking closely at the situation before sending ships to Benghazi.

By yesterday afternoon, everything had changed.

Neel Ratti, sales manager for Tuscor Lloyds in the UK, confirmed the updated news. “Our deepsea line is still accepting cargo as normal, but all three ports are closed.”

He said if the ports remained closed, the carrier would tranship cargo to Gioia Tauro in Italy and it will wait there until the ports reopen.

“This one won’t affect us cost-wise though,” he added, referring to the costs incurred when deepsea vessels had to tranship freight in Tangier during the Egyptian uprising.

Ferry operator Grimaldi, which has a service due to leave for Libya today, told IFW yesterday that the ports were closed and it would have to redirect freight.

Grimaldi calls weekly at Tripoli and Al Khums with traffic mainly from northern Europe and Italy.

The ripple effect of the political upheavals in north Africa – and Bahrain – appear to have spread to Morocco. Al Jazeera news network reported that thousands of people took to the streets in the capital to demand a new constitution.