Russia’s recently commissioned Bronka seaport is positioned to become a major Baltic hub thanks to its depth and proximity to the critical market of St. Petersburg. 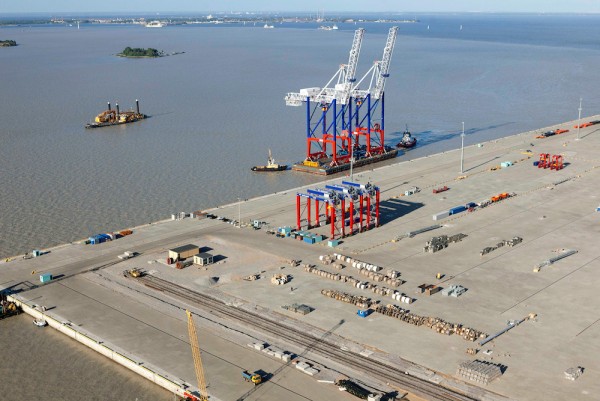 Russia’s recently commissioned Bronka seaport is positioned to become a major Baltic hub thanks to its depth and proximity to the critical market of St. Petersburg.

Although volume at Baltic ports has suffered from economic crisis in Russia, when volumes in the region recover, as some figures suggest is slowly beginning to happen, these ports will find themselves with stiff competition from Bronka.

Bronka’s depth of 14 meters (46 feet) is its primary advantage over other Baltic ports, particularly its main rival of Helsinki, which is 12.5 meters deep, according to Vitaly Chernov, chief editor of PortNews, one of Russia’s leading shipping and port trade publications.

The launch of Bronka may result in Helsinki’s container traffic declining 3 to 5 percent, while volume at other southern Finnish ports could drop up to 10 percent, according to analysts from Russia’s Ministry of Transport.

Bronka’s location outside St. Petersburg, and easy access to the M10 federal highway, which connects Moscow and St. Petersburg and crosses into Finland, will also help the port against its Baltic competitors.

The rehabilitation of the Bronka railway station and future construction of a rail line to Gatchina, 45 kilometers (28 miles) south of St. Petersburg, will significantly improve rail access to the port, the analysts said.

IMF sees rebound in 2021, but with less bounce than it did before

Ports need US$13 billion upgrade as shippers reshore from China