Rescue mission launched for 300 stranded in boat off Paphos, Cyprus

S. Cyprus has launched a search and rescue operation off its coast for 300 people stranded at sea, mostly women and children, the state’s Defence Ministry informed. 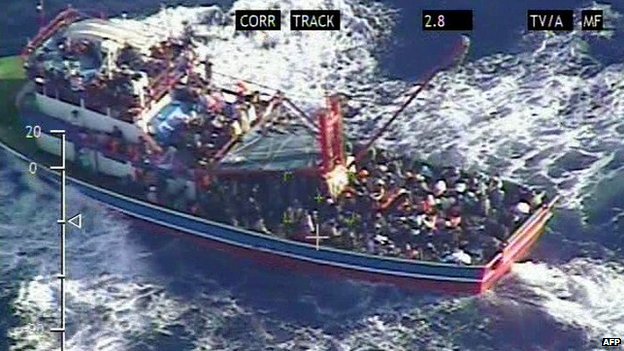 Almost 350 people, thought to be Syrian refugees, have been rescued by a cruise ship off Cyprus after their boat ran into trouble in rough seas.

They were taken aboard the ship, Salamis Filoxenia, Limassol port master Girgos Pouros said. All are said to be in good health.

The Cypriot defence ministry said 52 children were on the small fishing boat that had sent a distress signal.

They were spotted 55 nautical miles (100km) south of the town of Paphos.

The defence ministry said all 345 people on board the fishing boat had been rescued.

"It was quite a difficult operation," Kikis Vasiliou, director of Salamis Cruises that owns the cruise ship, was quoted as saying by the Cyprus Mail website.

"All the passengers are safe."

The vessel was expected to dock in Limassol later on Thursday.

Cypriot authorities earlier said they picked up a radio distress signal as the boat was caught in rough seas.

This year has seen a dramatic increase in the number of migrants crossing the Mediterranean in overcrowded boats - particularly people fleeing the conflict in Syria. The majority have headed for Italy and Malta.

Libya, racked by unrest and lawlessness, has become a major people-trafficking hub. However, Cyprus lies closer to Syria. 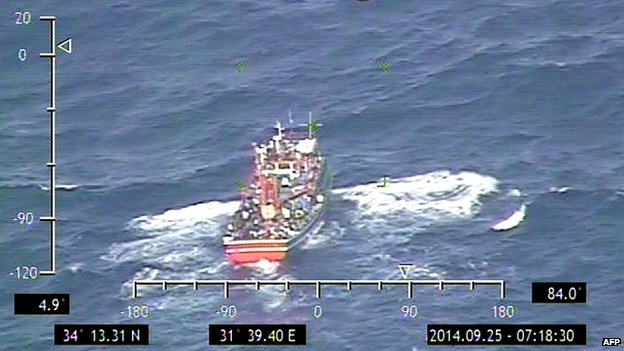 The Cyprus defence ministry released photos of the boat