SHIPPERS are complaining about Beijing's increasing use of non-tariff barriers from customs clearance to quality restrictions to curb imports, Reuters reports. 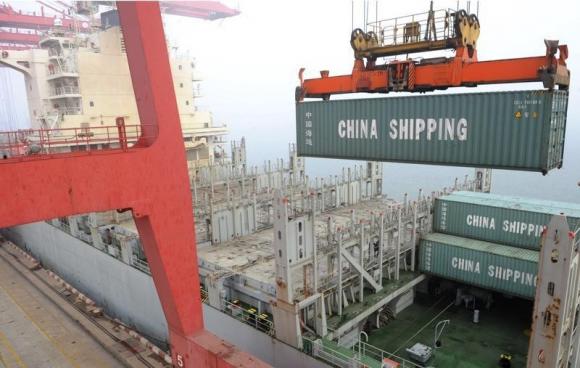 SHIPPERS are complaining about Beijing's increasing use of non-tariff barriers from customs clearance to quality restrictions to curb imports, Reuters reports.

The world's top commodities buyer is facing a supply glut that has depressed prices. Iron ore, coal and cotton stockpiles are growing at ports and granaries are bulging.

Experts and traders say Beijing is using a range of non-tariff barriers to curb imports of corn, cotton and distillers' dried grains, which is increasingly containerised.

The China National Coal Association's seeks to limit imports have been answered with 3-6 per cent tax on imported coal - hitting US$8 billion worth of exports from Australia.

"This is the first time in recent memory that we are seeing quite a lot of protectionism in China," said Simon Evenett, professor of international trade at Switzerland's University of St Gallen.

China initiated 89 food safety and animal and plant health measures in 2013, up from just 25 in the preceding year, according to World Trade Organisation. The number of technical barriers to trade measures introduced also rose to 79 in 2013, from 27 in 2012.

This is on top of a flurry of investigations under and anti-monopoly law targeting foreign concerns like Microsoft and Volkswagen.

In recent months, Chinese customs have stepped up checks on Indonesian coal and held up shipments, traders said, even though China and the Association of Southeast Asian Nations (ASEAN) already have a free trade agreement.

"The customs office will find fault with how the coal is classified; whether it is lignite or steam coal, and will hold up shipments when they are deemed to be labelled incorrectly," said an executive at a large international trading house.

Importers need to provide fresh certification documents when such issues arise, leading to delays of more than a month.

"This is clearly a tactic to restrict imports and it works. Some of our clients have cut back on Indonesian coal and switched to local supplies instead because they think the small discount is not worth the hassle," said a Shanghai broker.

Imports of Indonesian lignite have been falling since the second quarter, with September arrivals down nearly a quarter from April.