Worries are mounting about the ability of Europe’s financial system, in particular its fragile banks, to make it through the coronavirus crisis unscathed. 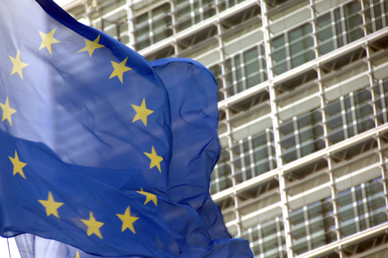 Worries are mounting about the ability of Europe’s financial system, in particular its fragile banks, to make it through the coronavirus crisis unscathed.

Adding to the concerns is Brussels’s slow progress Thursday toward a European Union-wide relief plan. This sent borrowing costs higher in Italy and Spain, although in Brussels and capitals around the EU, the feeling following the video-summit of European Council members was that leaders had made a small step forward in their talks.

Antoine Bouvet, senior rates strategist at ING Bank, said banks were continuing to lend to corporations and households that may have a higher chance of defaulting on repayments because of the impact of the virus.
“That winds up on the banks’ balance sheet and increases the chance they might default,” he said.

The cost to protect bank bonds against default in the actively traded derivatives market rose across the board for European lenders Friday. Deutsche Bank AG and Italian lenders UniCredit SpA and Intesa Sanpaolo SpA were the biggest movers. While their costs of protection rose quite sharply, they remained below the recent peaks seen in mid-March.

European interbank lending rates, known as Euribors, have also been rising, suggesting funding strains across the system. One of the causes of this, just like in U.S. markets, has been investors pulling cash from money-market funds that buy short-term debt issued by banks, known as financial commercial paper. Falling demand for this paper has lifted borrowing costs, which feed directly into interbank lending rates.

The European Central Bank is trying to help markets fill the gap left by investors pulling out of money funds by allowing more short-term bank debt to be used as collateral for funding so that lenders can buy more of each other’s paper.

“The ECB wants Euribors much lower because they have a real impact on borrowing rates, especially short-term rates, for other borrowers such as local governments,” said David Callahan, head of the money-market management team at Lombard Odier Investment Managers.

He added that the underlying problem of much lower demand for euro commercial paper was harder to fix, in part because a lot of funding came from dollars being swapped into euros before this crisis and that money has now left the market.

In another sign of stress, credit-rating firms have downgraded several banks, a move that could cause their funding costs to rise. On Thursday, S&P Global Inc. downgraded Germany’s second-largest commercial bank, Commerzbank AG, to BBB+ from A-, and revised Deutsche Bank’s outlook to negative from stable. Its rating is currently BBB+, or three notches above junk. Credit-rating firms are particularly sour on Italy and Spain, where the virus outbreak has been the highest, freezing business activity.

Regulators in several countries have expressed concern that banks already struggling to be profitable will face difficulties in coping with many expected defaults from companies that won’t be able to survive the downturn.
“It is pretty clear banks will face challenges,” said Nicolas Véron, a senior fellow at Bruegel, a Brussels-based think tank. “The magnitude of the shock, combined with the fact that the restructuring of the euro-area banking system was still unfinished when it hit (too many banks, low profitability), implies that parts or all of the banking system may end up needing further support from public authorities ahead.”

Germany’s banking system is seen as particularly fragile because it is overcrowded with more than 1,500 lenders, and Germans have little appetite for investments and big borrowings, which means most leave their money sitting in their bank accounts.

For banks in Southern Europe, which are also struggling to make money in a low-interest-rate environment, there is the added stress of being based in countries that are seeing their own sovereign risk rise. Higher sovereign risk increases risk for banks and companies, making their funding more expensive.

Tom Kinmonth, a fixed-income strategist at Dutch ABN AMRO Bank NV, said banks will likely issue little debt this year given the pressure, instead opting for the cheaper ECB funding.

“As such, the ECB will become a dominant financier of the eurozone banking sector for the next few years,” Mr. Kinmonth said. 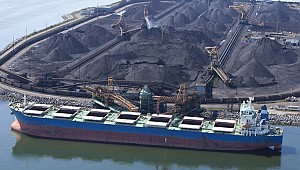