FOLLOWING the nuclear deal between the US and Iran last month, international container lines have started making an eagerly awaited return to Iranian ports. 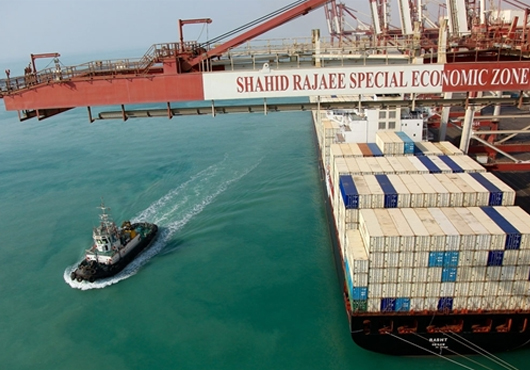 FOLLOWING the nuclear deal between the US and Iran last month, international container lines have started making an eagerly awaited return to Iranian ports.

CMA CGM said it would resume services to Iran in early August, while Maersk Line said in a statement that it is ready to recommence business in Iran, "as and when international sanctions are repealed," according to Reuters.

In 2011 the US and Europe imposed sanctions on the country that led to an exit of foreign shipping lines" from the country's ports. Since then, Iran has had to rely more on land transportation and its commercial fleet to transport much of its imports, reported Press TV.

Although the sanctions did not cover food, medicine and other humanitarian goods, foreign shipping companies had largely pulled out by 2012 because of the liability associated with international trade with Iran. Even in the wake of the nuclear deal, the global shipping industry is moving slowly.

"Members should exercise caution if they are considering trading to Iran and carry out due diligence including seeking legal advice to ensure that they will not be in breach of sanctions," ship insurer Standard Club said in a statement.

Fitch Group's BMI Research forecasts that the volume of containers passing through Bandar Abbas, Iran's largest port for shipping containers, will expand by 6.7 per cent this year to 1.7 million TEU, said Reuters.

However, it's going to be a long while before the US and European Union remove all sanctions against Iran. "Once Iran fulfils its commitments, it will receive sanctions relief," deputy head of the sanctions section at Britain's Foreign Office, Samantha Evans, told an Iran business forum in London.

"The port has a long way to go to reclaim its previous milestone of 2.8 million TEU, which it recorded in 2011, but we believe that recovery is underway," BMI Research operations risk chief Michelle Berman.

Expanded Suez to up capacity to 5.4 million TEU with 4 more APMT cranes