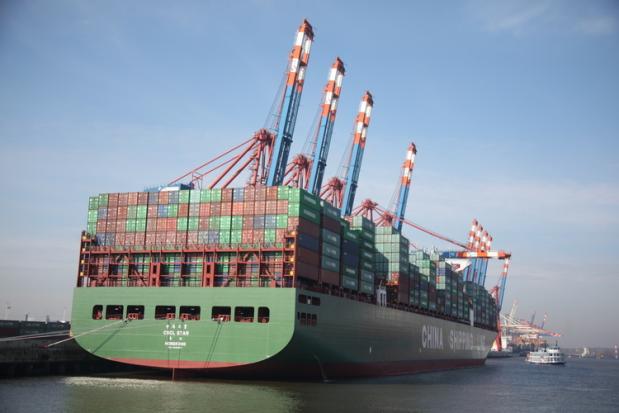 CSCL Star at port of Hamburg

This is the largest containership ever to call, said a Port of Hamburg Marketing statement. With a length of 366 metres and a beam of 51.2 metres, the CSCL Star can load 20 rows of containers and fully loaded needs a draft of 15.5 metres.

Hamburg is served weekly by in the joint AEX-1 Evergreen-CSCL service with round voyages taking 56 days and on the following rotation: Hamburg, Rotterdam, Hong Kong, Shanghai, Ningbo, Shenzhen-Yantian and Felixstowe and back to Hamburg, with Evergreen ships calling at Qingdao as well.

Container traffic with Asia to Hamburg reached 4.7 million TEU last year, with 2.7 million TEU from China, a 20 per cent increase.

ULCCS (Ultra Large Container Ships) of more than 10 000 TEU are increasingly calling at Hamburg, with 125 of them calling in 2010 and more than double that expected by the end of this year.

4 out of 10 containers are delaying, reliability has hit rock bottom!

Another step closer to hydrogen backbone in port of Rotterdam!