THE German Port of Hamburg is seeing a growing number of ever larger, mega containerships calling after docking the 14,074-TEU CSCL Mars on her maiden voyage in the service of China Shipping Container Lines. 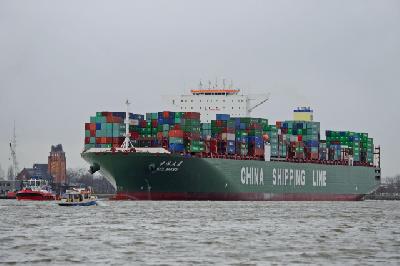 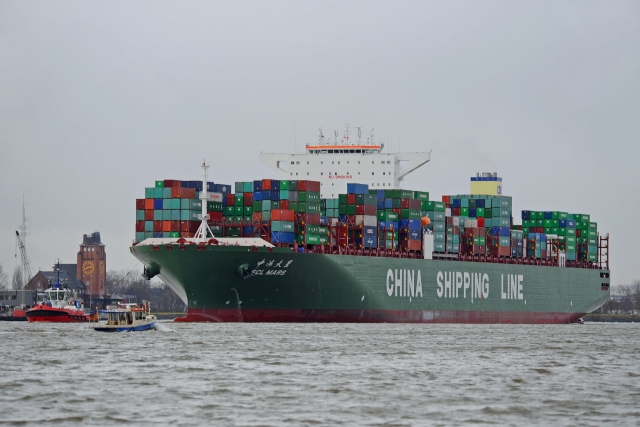 THE German Port of Hamburg is seeing a growing number of ever larger, mega containerships calling after docking the 14,074-TEU CSCL Mars on her maiden voyage in the service of China Shipping Container Lines.

The ship is one of the largest vessels built to date, with a length of 366 metres and beam of 55 metres. It is deployed on the Asia Europe Express Service 7 (AEX 7) that China Shipping has operated with Evergreen from Shanghai since the end of October.

Between January and September 2011, 674 mega ships called at Hamburg, including 621 containerships. Last year, the biggest ships handled only had a capacity of 10,000 TEU.

The giant of the sea was built at the Samsung shipyard in Koje, South Korea, sailing from Shanghai to the ports of Ningbo, Shenzhen-Shekou, Hong Kong, Shenzhen-Yantian and Port Kelang.

In the first nine months of this year traffic with Asia grew to 3.9 million TEU, an increase of 10.6 per cent by comparison with last year. China continues to occupy the number one spot as Hamburg's top trading partner for containers, accounting for 2.3 million TEU of the total, up 11.7 per cent, said a statement from port authority.

The port authority also said it needs to prepare for calls by even larger ships. The European Commission has voiced its support for the adjustment of the Elbe navigation channel. "We are delighted that the European Commission has given the green light. We are reckoning on the neighbouring states of Schleswig-Holstein and Lower Saxony also reacting favourably and agreeing. The adjustment of the navigation channel is indispensable for both the infrastructure and the economy of North Germany," said Port of Hamburg Marketing CEO Claudia Roller.