One dead and four injured in tanker explosion

One dead and four injured in tanker explosion 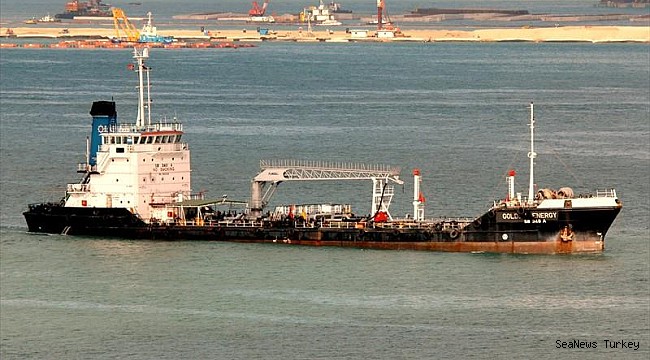 The "Ebrahim 1" ex "Rojean" suffered an explosion and subsequent fire on May 13, 2017, at 5.29 a.m. at Al Hamriyah Port in Sharjah while offloading a cargo of diesel and fuel. One worker died, four more were injured, 16 crew members evacuated from board. The massive explosion stcaused the vessel to break in two. It was transporting diesel from the UAE to a foreign destination. Firefighters from Al Hamriya, with the help of the UAE Coastguard, contained the fire within 40 minutes and prevent it from expanding to the docks or to adjacent vessels. Fire teams from Ajman and UAQ assisted in putting out the fire. Thick, black smoke was still seen billowing from the ship in the afternoon. A Civil Defence team boarded the tanker and found the body of one person and four other sailors with burns. The injured workers were transferred to the Khalifa Hospital in Ajman and Umm Al Quwain hospital. Two of them sustained 40-60 % second degree burns but were stable. The third sailor sustained fractures and wounds on his face. The fourth sailor was taken to Umm Al Quwain. The sailors, including the deceased and the injured, were Indians and are aged between 22 and 30. A total of 21 workers were on the vessel. The gutted wreck was handed over to the Sharjah Police which was investigating the incident, and a fire expert visited the site to establish the cause of the fire. The body of the deceased, aged 22, was taken to the Al Kuwaiti Hospital in Sharjah. The explosion also affected some houses in the area.