OMAN's Sohar port handled 313,000 TEU in the first half of the year, representing a year-on-year increase of 18 per cent. 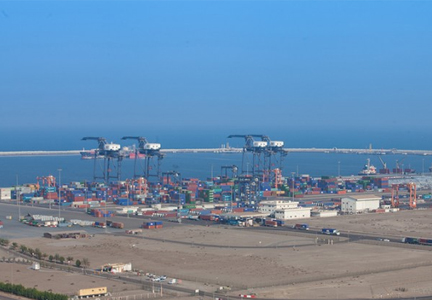 04 September 2016 - 17:58
Oman's Sohar port grows 18pc in the first half to 313,000 TEU
OMAN's Sohar port handled 313,000 TEU in the first half of the year, representing a year-on-year increase of 18 per cent.
Break bulk cargo rose 43 per cent in the first half compared to the same period a year earlier. The growth was attributed to significant infrastructure investments in the country.
Dry bulk volumes shrunk by 2.7 million tonnes to 10.6 million tonnes, due to current market conditions in the global iron and steel industry, reported Dubai's Arabian Business.
Overall, vessel movements at the port rose by six per cent year on year, after 1,300 ships called at Sohar between January and June.
Said Sohar port CEO Mark Geilenkirchen: "We will take advantage of the location of Sohar port and Freezone as we continue to expand operations and support growth in our tenants' businesses."
This news 2801 hits received.

ELIRON tracks LCL shipment all the way along the Silk Route