THE collision of the 45,000-dwt tanker Carlo Maersk and the 57,000-dwt bulker Conti Peridot that resulted in a flammable oil spill, occurred when the bulker veered to avoid one ship, then course corrected only to ram the oncoming tanker. 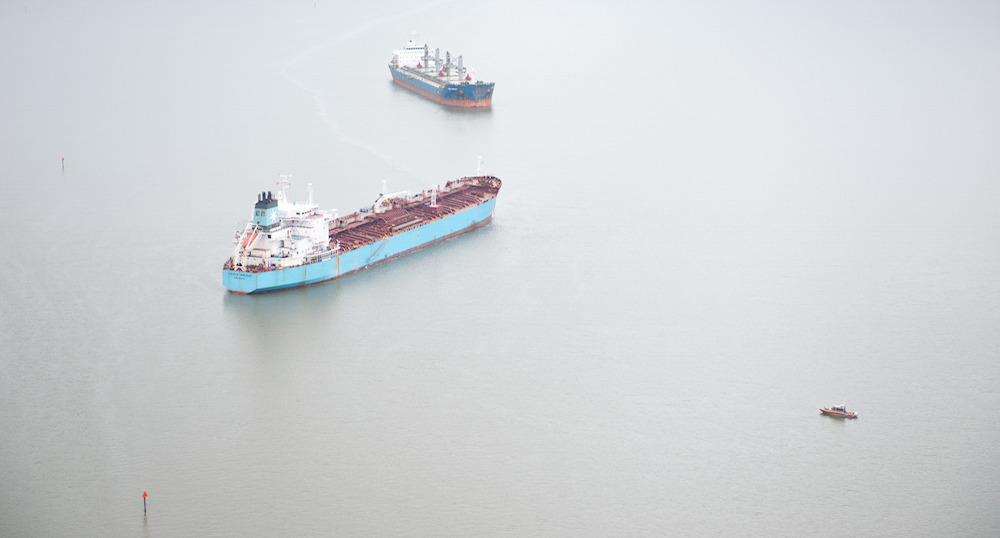 THE collision of the 45,000-dwt tanker Carlo Maersk and the 57,000-dwt bulker Conti Peridot that resulted in a flammable oil spill, occurred when the bulker veered to avoid one ship, then course corrected only to ram the oncoming tanker.

That was the preliminary finding of the US National Transportation Safety Board (NTSB) about the March 9 accident in the Houston Ship Channel, causing the channel to be shutdown for three days as Hazmat teams conducted a cleanup of the fuel additive which gave off toxic fumes.

Before the 12.30am collision which tore a 30-foot gash in the tanker's ballast and cargo tanks, the two ships set out with pilots on board at 9.30am, the bulker from its anchorage on her way into the ship channel and the tanker outbound to Venezuela with 216,049 barrels of methyl tertiary butyl ether (MTBE).

Visibility was good at the anchorage for the bulker, but rain was falling and clouds were thickening on the tanker as she cast off. Visibility grew worse as they approached each other at eight knots in the ship channel, said the NTSB report.

"At 11.30am, Houston Pilots suspended pilot boardings due to fog, but piloted vessels already under way continued their transits," said the report, adding that visibility had been cut to ship's length.

The two pilots agreed by radio on a passing procedure, but the bulker suddenly encountered another vessel and veered off to avoid it. That accomplished, the bulker then turned hard to regain her course along the centre line of the channel.

But this course correction had the bulker unable to turn back in time to avoid crossing the centre line, whereupon she rammed the tanker, despite the tanker pilot's unsuccessful attempt to turn away.

The Liberian-flagged Conti Peridot's bow struck the port side of the Danish-flagged Carla Maersk, penetrating the two port wing ballast tanks and the No 4 port cargo tank, which held about 15,495 barrels of MTBE.

After the impact, the tanker developed a port list and the crew moved cargo and ballast to correct it. There were no injuries.

A substantial spill of MTBE from the tanker resulted, raising initial air quality and health concerns for the local population and leading to a closure of the Houston Ship Channel until March 12, reported London's Tanker Operator.

The US Coast Guard classified the accident as a major marine casualty. The NTSB, the lead federal investigative agency for the accident, sent a team of investigators and a board member to the scene the following morning.

The NTSB said that it had yet to determine a probable cause.