Elbe No 5, restored at a cost of €1.5m, collided with container vessel near Hamburg

A recently restored wooden sailing ship has sunk after colliding with a container vessel near Hamburg, northern Germany.

Six adults and two children were injured when the gaff-rigged schooner Elbe No 5, originally built in 1883, collided with a S. Cyprus-flagged vessel, Astrosprinter, on the River Elbe after a failed tack steered the sailing ship directly into the container ship’s path.

All 43 passengers were rescued almost immediately thanks to a quick response from five rescue boats that were attending a minor accident a few hundred meters away. “If we hadn’t been in the vicinity there could have been fatalities,” a fire service official, Wilfried Sprekels, told the local newspaper Stader Tageblatt.

But the rescue team could not prevent the ship from sinking while they dragged it to shore.

The 37-metre (121ft) schooner, built as a vehicle for pilots guiding larger craft from the sea to Hamburg’s port, was the city’s last remaining seagoing ship from the era of wooden vessels.

In the 1920s the ship was sold to the US where the adventurer Warwick Tompkins and his family temporarily used it as a floating home. In 2002 the vessel returned to its home town where it could be rented for harbour excursions.

In the last nine months the Elbe No 5 was renovated with new outer wooden planks and a new stern at a cost of €1.5m (£1.3m). It resumed taking visitors on tours around Hamburg’s harbour at the end of last month.

Wolfgang Bentz, who worked on restoring the ship, told the radio station NDR that he and colleagues had spent the night watching over the wreck, whose broken mast was protruding from the water. “I couldn’t sleep all night,” he said.

Bentz said there was a chance that the Elbe No 5 could take to sea again. “It’s made of wood and had some damage before. Let’s see what further damage is added in the rescue effort.”

history of Elbe No. 5

A special category among the German Gaffelschonern formed the sharpened pilot protectors of the North Sea coast. Far from the harbors of the Elbe, Weser, Jade and Ems, they crossed day and night in all weathers and in every season of the year to hand over pilots for the respective areas to incoming ships. Pilot protectors were first introduced on the German North Sea coast in 1855/56 on the Elbe with two copies built in England, which replaced the previously used pilot-cutters and galiots. Altogether there were 41 pilots on the German North Sea coast between 1855 and 1952, 35 wooden, five steel and one composite. Of these belonged to the Elbe: eleven wooden and one steel (1855-1936), to the Weser: 16 wooden and three steel (1857-1944), to the Ems: seven wooden and a steel one (1959-1922), and to the jade: one each wooden and a composite construction (1866-1919).

The order to build a pilot's schooner was a special distinction for every shipbuilder, but the assignment required unlimited trust in the performance of the shipyard. The design, construction, materials and equipment were the highest standards and not in vain were these vehicles as the most perfect creations of shipbuilding. Being able to stay clear of the constraints of cargo shipbuilding, the underwater shape was extremely sharp with a powerfully rising bottom. Likewise, the fore and aft ship had lines of great sharpness with a concave shape. As in the case of the loggers and cutters, the stem was usually perpendicular to the keel, only rarely was the clipper shape chosen, while the oar had a pronounced stern case.The stern was slightly overhanging and round, the rudder was driven by a Koker, was controlled by a tiller. The full-length deck was protected by a solid railing. Here were on both sides under iron Schwingdavits the transfer boats. The entire smooth deck was free of bothersome constructions, except for smaller companionways and skylights. They were made entirely of first-grade oak, dimmed with copper studs and covered with copper under water.For deck and spars one used pitchpine. Below deck, amidships, a larger cabin with the appropriate companionway to the deck was set up for the pilots. Aft were the ship's chamber and the berth. In front of the pilot cabin lay the crew log and before that the galley with a second companionway. Apart from the two gaff sails, the standard sails consisted only of the large gaff top sails, the stag jib and two gulls due to the lack of awnings. 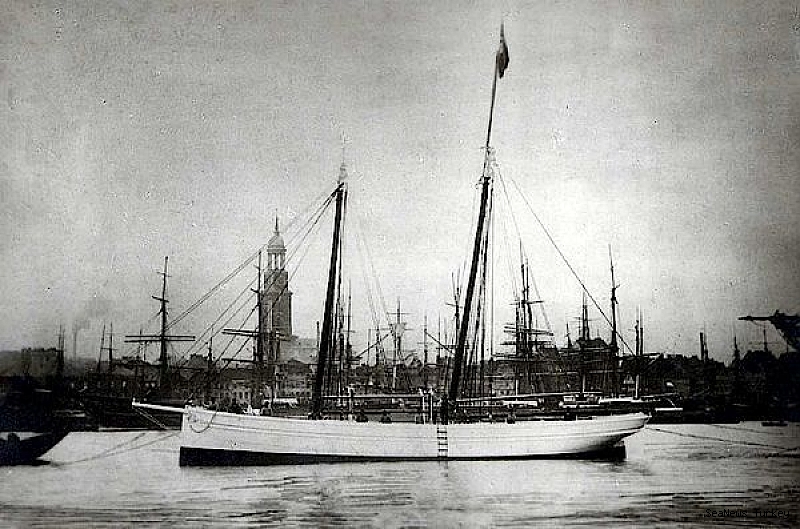 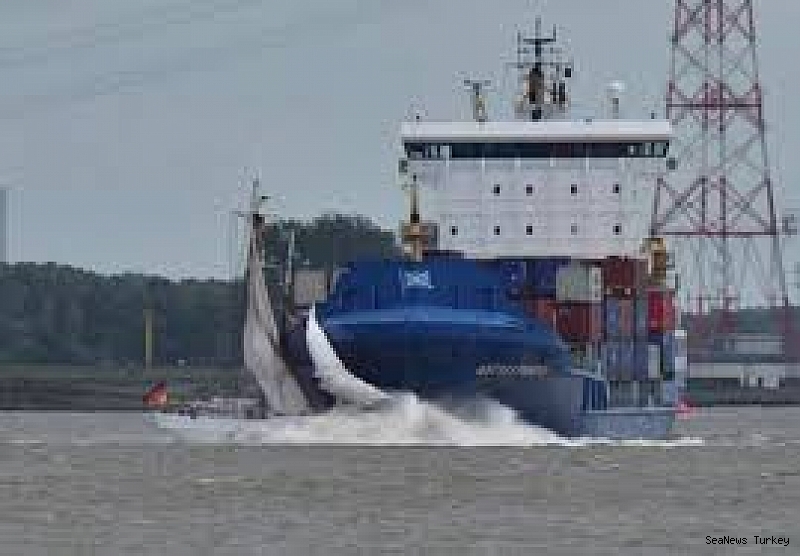 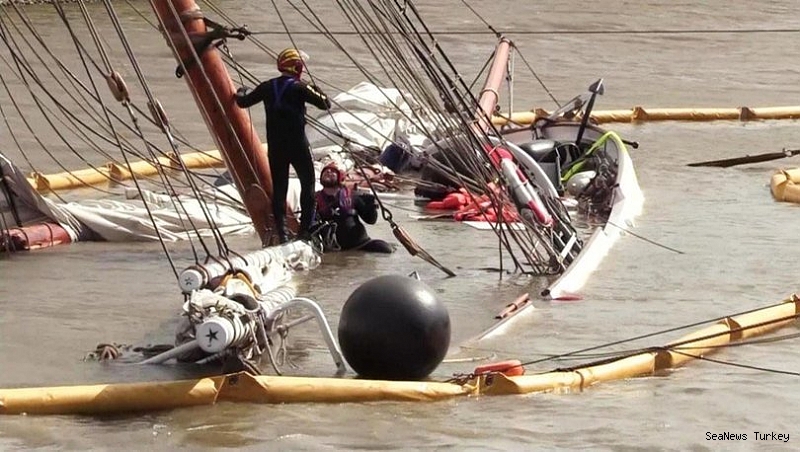 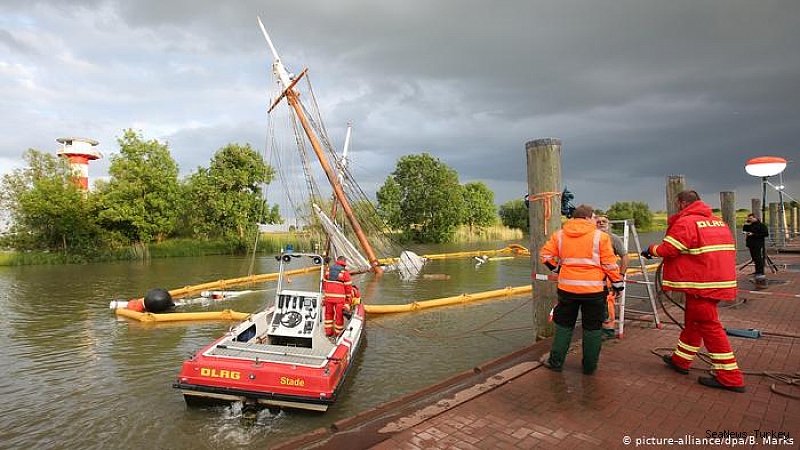 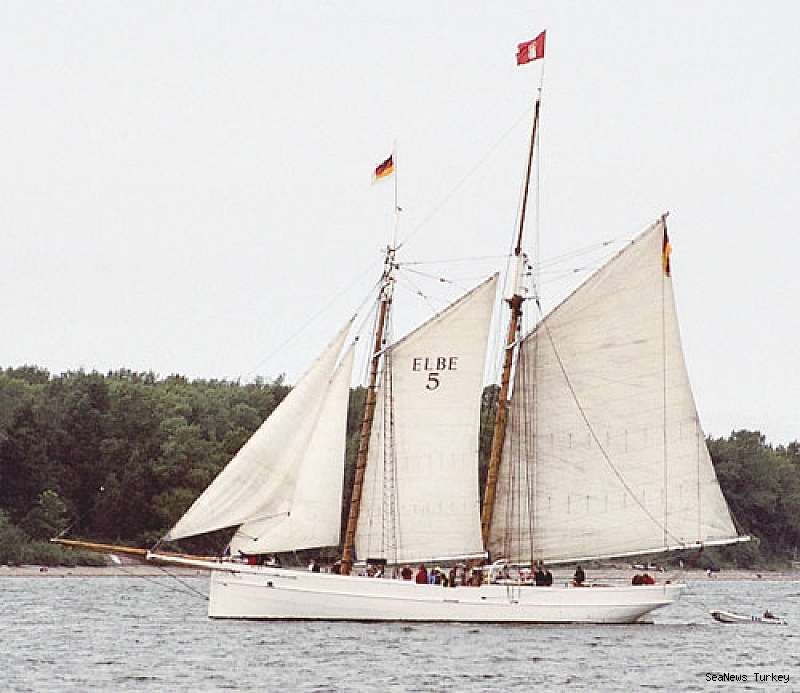 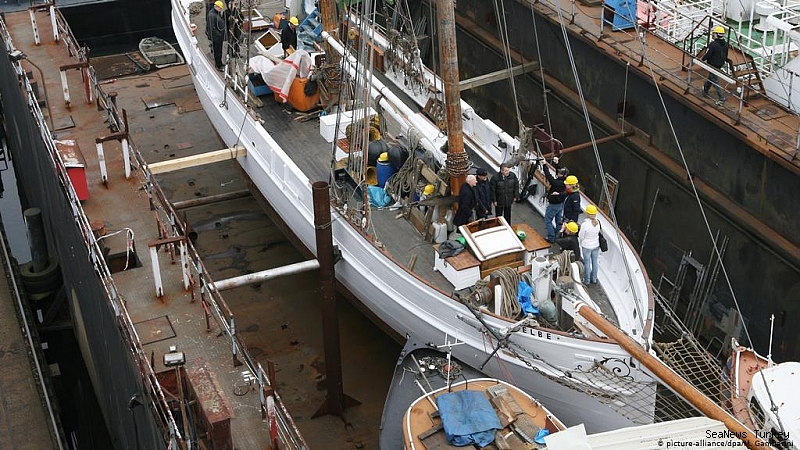 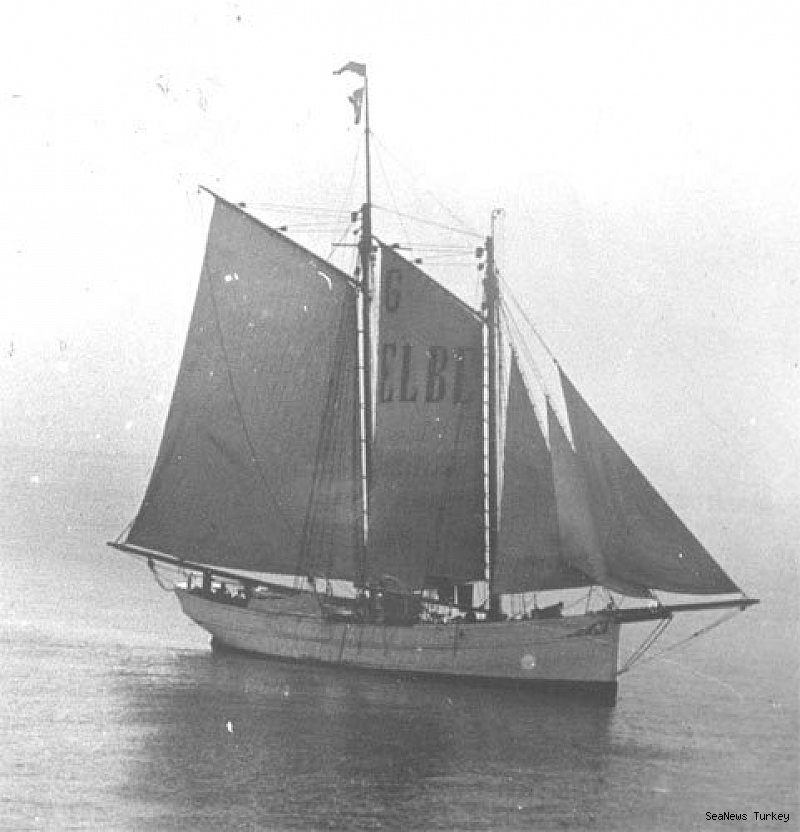 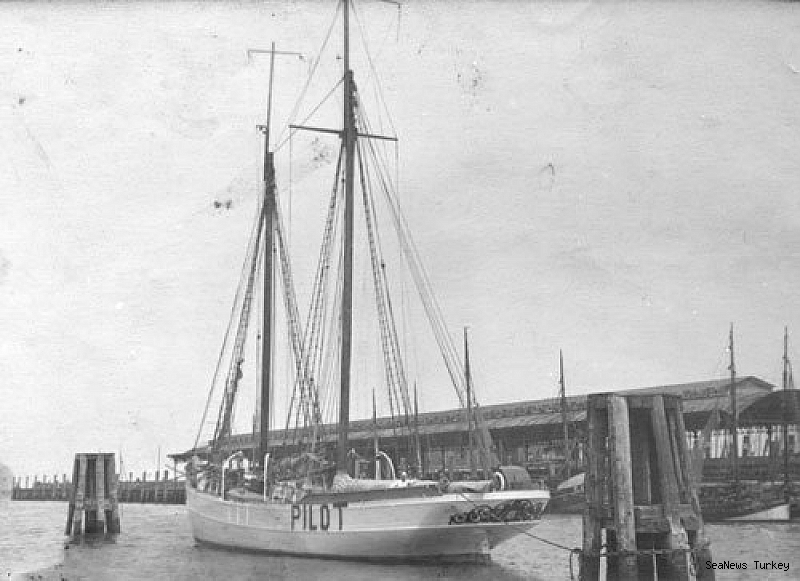 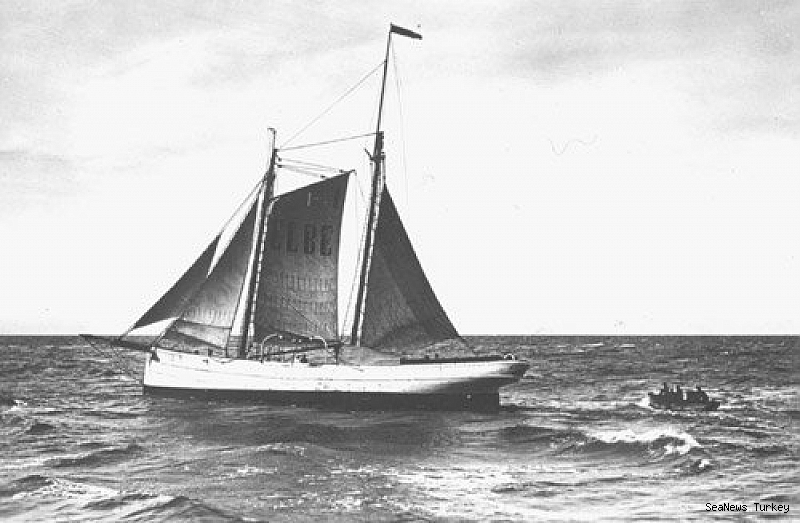 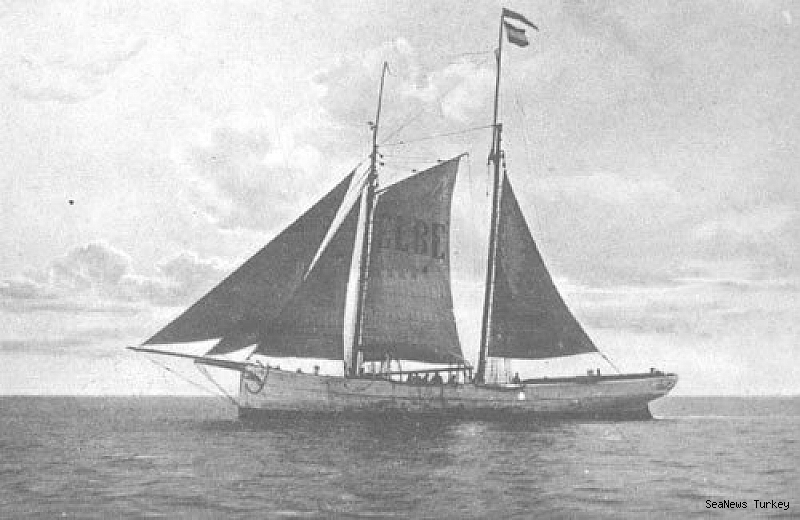 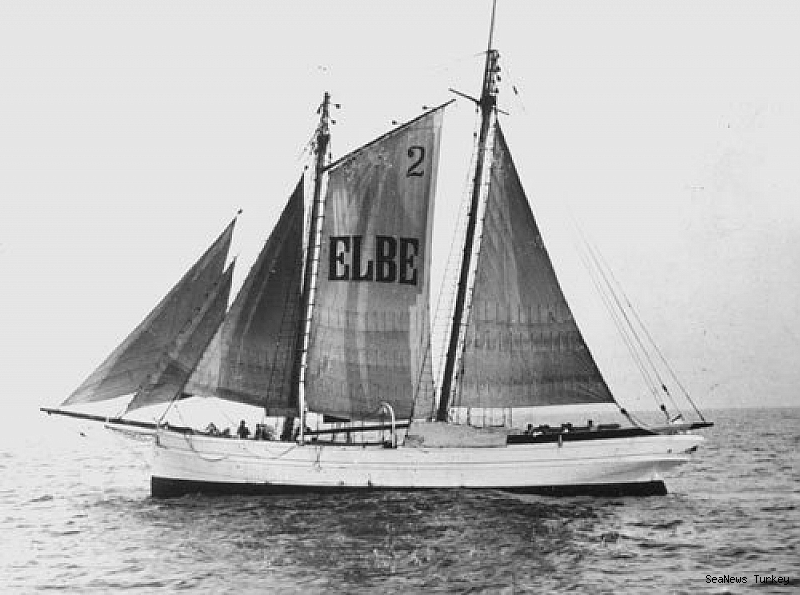