THE 13,102-TEU Maersk Edinburgh became the biggest ship ever to land on Colombia shores when it docked at TCBuen, the Colombian terminal with its annual capacity of 610,000 TEU at the Port of Buenaventura. 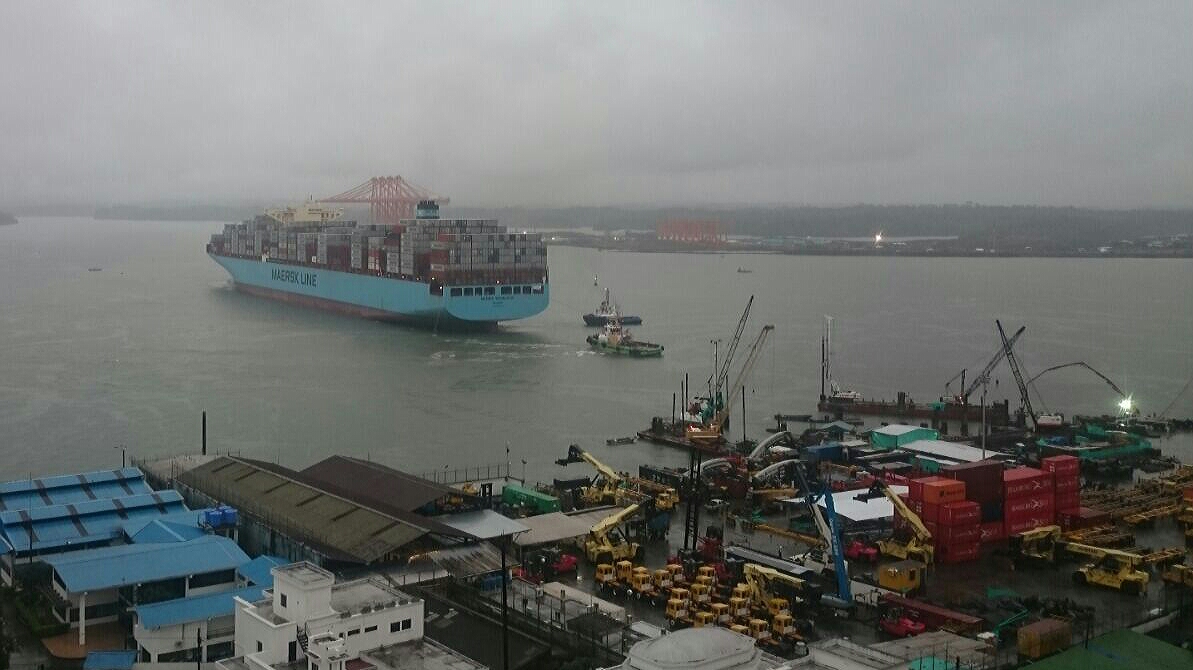 THE 13,102-TEU Maersk Edinburgh became the biggest ship ever to land on Colombia shores when it docked at TCBuen, the Colombian terminal with its annual capacity of 610,000 TEU at the Port of Buenaventura.

The Maersk Edinburgh, in the Maersk Line's AC2 service, connects China and South Korea with the Pacific Coast of Central America where it moved 1,750 TEU at the Terminal de Contenedores de Buenaventura.

The ship is 367 metre long and 48.2 metres wide and is the new panamax type, just able to traverse the expanded Panama Canal when it opens to larger ships next year.

More vessels will soon be berthing at TCBuen, like Maersk Elba, Maersk Effingham and others which will be joining this regular service, confirming the growing activity there.

"TCBuen offers one of the highest productivity on the Pacific coast in South America with an average of 30 crane moves per hour," said TCBuen terminal general manager Miguel Ruiz.

"This is a key factor for high-capacity vessels to minimise their stay in port, reducing the unit cost of transporting the container. The excellent turnaround times and reliability of this service allow us to address the logistics of the leading importers and exporters of Colombia".

TCBuen is a leader in technological excellence, equipment and safety, having completed the electrification project of rubber tyred gantry cranes that has allowed a reduction in gas emissions.

The terminal has a total berth length of 540 metre, with four ship to shore cranes to serve the Maersk Edinburgh simultaneously and 13 RTGs.

Grup TCB is committed to optimising its internal resources and the organic development of its operations, which it achieves by implementing latest generation technologies and through staff training. Together, these measures guarantee operational quality and maximum sustainability and respect for the environment.