A tug which lost propulsion while carrying out a tow, remains in detention after Maritime & Coastguard Agency surveyors found a number of deficiencies 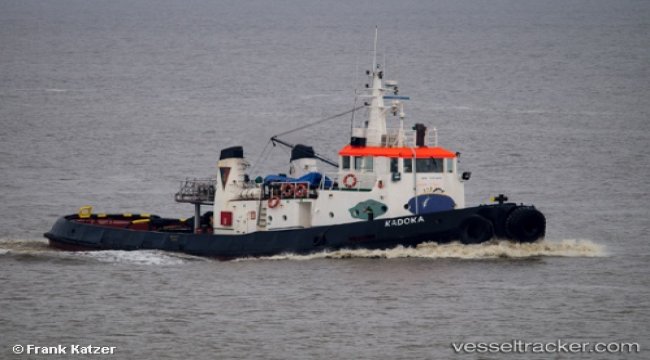 A tug which lost propulsion while carrying out a tow, remains in detention after Maritime & Coastguard Agency surveyors found a number of deficiencies. The NAS Pathfinder is currently detained at Dover Harbour and will remain so until the deficiencies have been put right. On 13 January at 8pm, the Panamanian-registered tug reported to Dover Coastguard Operations Centre that it was having problems because of the failure of its propulsion system. Attempts to repair the vessel failed and three hours later another tug sailed from Dover to bring both the NAS Pathfinder and the tug it was towing, into the harbour. The NAS Pathfinder had been on a towing passage from Netherlands to Italy. MCA surveyors carried out a Port State Control inspection and found 17 deficiencies, 11 of which were detainable. The deficiencies included emergency fire pump not ready for use, excessive oily water in engine room bilges, no evidence of verification of passage plan by the master and no original copy of Loan Line exemption certificate for the vessel being towed. Pat Dolby, head of inspection operations at the MCA, said: ‘This is an incident which could have been a lot worse than it was, considering the tug and tow was transiting one of the busiest shipping lanes in the world. We will not let the tug and tow continue on its passage until we are satisfied that it fully complies with all relevant requirements.’ (Source: Maritime & Coastguard Agency)