JAPAN's MOL has announced its 3,586-TEU MOL Summer has rescued 116 survivors from the Rabaul Queen, a ferry that sank 17 kilometres east of Papua New Guinea. 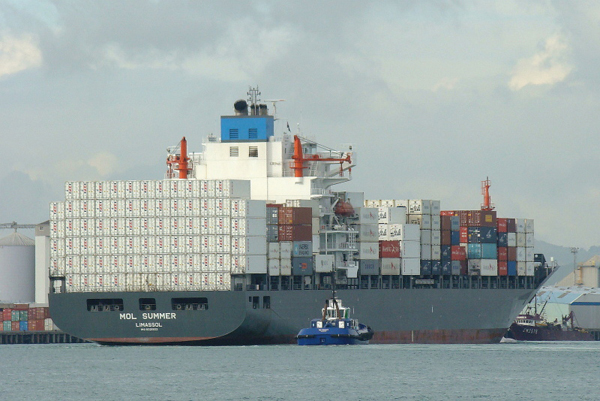 JAPAN's MOL has announced its 3,586-TEU MOL Summer has rescued 116 survivors from the Rabaul Queen, a ferry that sank 17 kilometres east of Papua New Guinea.

On the morning of February 2, the ferry sank near Fischhafen, shortly after transmitting a distress signal, said the Australian Maritime Safety Authority (AMSA).

The ferry had 350 passengers and 12 crew when the incident happened, reported news.com.au, which was sailing from Kimbe on New Britain Island to Lae in Papua New Guinea, said a MOL statement.

The MOL Summer, under way from Hong Kong to Brisbane, was called by AMSA to serve as on-scene coordinator for the rescue operation. It pulled 116 people from the water and sent them to AMSA at Lae early the next day on February 3.

Eight other merchantmen near the scene were involved in the rescue activities, and a total of 246 people were rescued by five vessels, including the MOL Summer.

Said PNG's National Maritime Safety Authority (NMSA) general manager Chris Rupen: "This incident will be recorded as one of the worst sea accidents involving large passenger numbers and there is concern for the 100 plus passengers who are still unaccounted for."

''Suez Canal Authority is responsible for the Ever Given's high speed!''
Last News
Ever Given Arrives in Rotterdam, Ending Suez Canal Saga