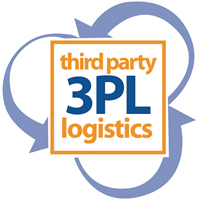 Mergers transform logistics landscape: A&A report says
THIRD-PARTY logistics (3PL) was dominated by mergers and acquisitions last year with major deals hitting a sector already hit by overcapacity and collapsing fuel prices.
Such were the conclusions of Milwaukee's Armstrong & Associates (A&A) analysts whose new report detailed activities in a critical year for the sector.
The largest merger and acquisition in the 3PL sector last year was Brad Jacobs and his XPO Logistics team's purchases of US-based Con-way and French-owned Norbert Dentressangle since A&A began tracking activity in 1999.
The resulting integrations have led to greater efficiency and profitability and should in time increase emphasis on quality and 'lean" process improvement initiatives.
While many 3PL warehouses were full in 2014 and 2015, price competition restricted value-added warehousing and distribution to a 2.2 per cent increase in net revenue for the year.
A&A said the other big story was the growth of Amazon's fulfilment centres, which total 100 million square feet, the third biggest global value-added warehouses after DHL and XPO holdings.
Said A&A analysts: "Amazon is also growing its internal freight forwarding and domestic transportation management skills, so we are awaiting the day when it truly goes to market as an integrated 3PL."