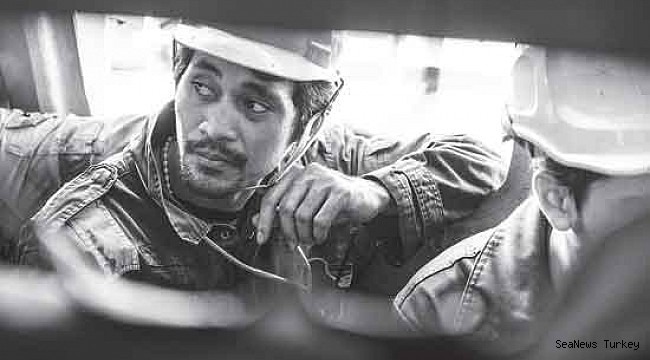 Disrupted global supply chains due to the coronavirus disease 2019 (Covid-19) pandemic, ships being sold, hampered transportation and employment processing, inadequate and oftentimes conflicting assistance from concerned government agencies — these, on top of the government’s seeming lack of understanding how the maritime industry works and disregard over its imminent collapse, have continuously raised alarm and uncertainty in the Philippine manning sector.

A position paper — submitted to the government through the Maritime Industry Authority by some of the biggest licensed manning agencies in the country and endorsed by the Maritime Law Association of the Philippines Institute for Maritime and Ocean Affairs, Apostleship of the Sea and the Associated Marine Officers and Seafarers Union of the Philippines — stressed the impending loss of jobs of Filipino seafarers, caused by the sudden halt in employment processes and suspension of all modes of domestic transportation.

The group emphasized that ship owners are already considering replacing Filipino seafarers with other nationalities due to the country’s inability to deploy crews, for their ships.

“If this happens, thousands of Filipino seafarers will lose employment and, in effect, a great loss of remittance to the economy,” the group said through one of its representative, lawyer Iris Baguilat, president of Doehle Seafront Crewing Manila, the crewing arm of Germany-based Doehle Group.

The letter, also addressed to Transportation Secretary Arthur Tugade and Labor Secretary Silvestre Bello 3rd, stated that manning agencies are not able to process employment contracts and allotment arrangements and deploy seafarers for shipboard duties due to restrictions in transportation.

It appealed to reconsider declaring both seafarers and manning agency employees as “key workers” as likewise suggested by the International Maritime Organization (IMO).

It also pointed out that even the Department of Labor and Employment (DoLE)-AKAP program excludes seafarers who still have no Philippine Overseas Employment Agency employment contracts. “They have not reached the contract execution stage due to the imposed ECQ (enhanced community quarantine). They are equally financially displaced and they expect that their years of contribution with OWWA (Overseas Workers Welfare Administration) will buffer them in this great hour of need.”

It also complained on how manning agencies are mandated by Dole to shoulder the hotel accommodation and transportation fee of stranded seafarers in Manila when the Labor department was actually paying for the same for stranded land-based workers.

“Manning agencies cannot afford financially to shoulder all crew expenses while on quarantine as we are getting these from our own pockets. We cannot pass the obligation to our ship owner and principal because their contractual obligation to a seafarer is terminated upon the latter’s arrival in the Philippines, and they are also heavily suffering from the pandemic,” the letter stated.

“We have coordinated and were advised that the only seafarers that will be carried by 2GO are those that have been issued clearance by Marina. But if you coordinate with 2GO, they will require you a proof of bank payment for the booking, which means it is still the manning agency who should make the payment,” said chief engineer Art Serafico, president of TSM Marine Services.

The group went on to explain that the varying instructions from different government agencies are difficult to follow and asked for a more streamlined and clear process for both repatriated and departing seafarers.

“I have been attending meetings with government groups and been trying to reach out to others but the toll of frustration out of lack of understanding of the government over the so-called minority present-day heroes is sadly sinking on me,” Serafico lamented.

“Unless we hit the right vein that can carry the message to the government, the danger of having more unemployed seafarers is continuously creeping in our industry,” he added.

As of this writing, the position paper has garnered support from almost a hundred manning agencies and maritime associations.